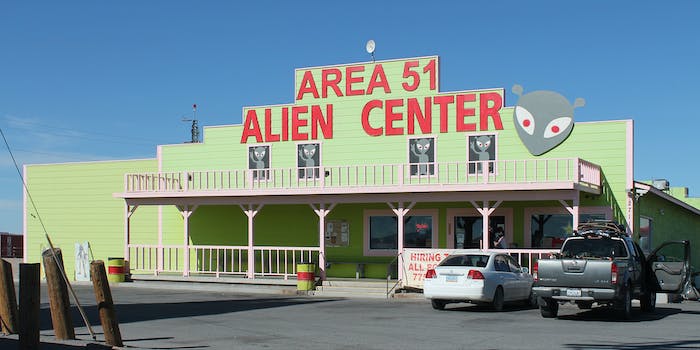 More than 1 million people have marked themselves as attending the Facebook event.

The Air Force says it wants to “discourage” the more than 1 million people who have signed onto a Facebook event who want to go to Area 51 to “see them aliens” from actually showing up.

The tongue-in-cheek Facebook event, which is organizing an attempt to storm the Area 51 raid on September 20, has generated a number of memes and jokes about the best ways to storm the facility and “coordinate our entry.”

The Facebook event has garnered quite a bit of attention including from the Air Force, according to the Washington Post.

Air Force spokeswoman Laura McAndrews told the newspaper that the Air Force knows about the “Storm Area 51, They Can’t Stop All of Us” Facebook event, but declined to get into specifics about how they would react if people do actually try and enter the facility in late September.

However, she did tell the newspaper the Air Force would “protect” the facility.

“[Area 51] is an open training range for the U.S. Air Force, and we would discourage anyone from trying to come into the area where we train American armed forces,” McAndrews said. “The U.S. Air Force always stands ready to protect America and its assets.”

As of Monday, the event has around 1 million people marked as “going” to the event, with more than 890,000 listed as “interested.”