Against Hate says what it means, and acts on it. 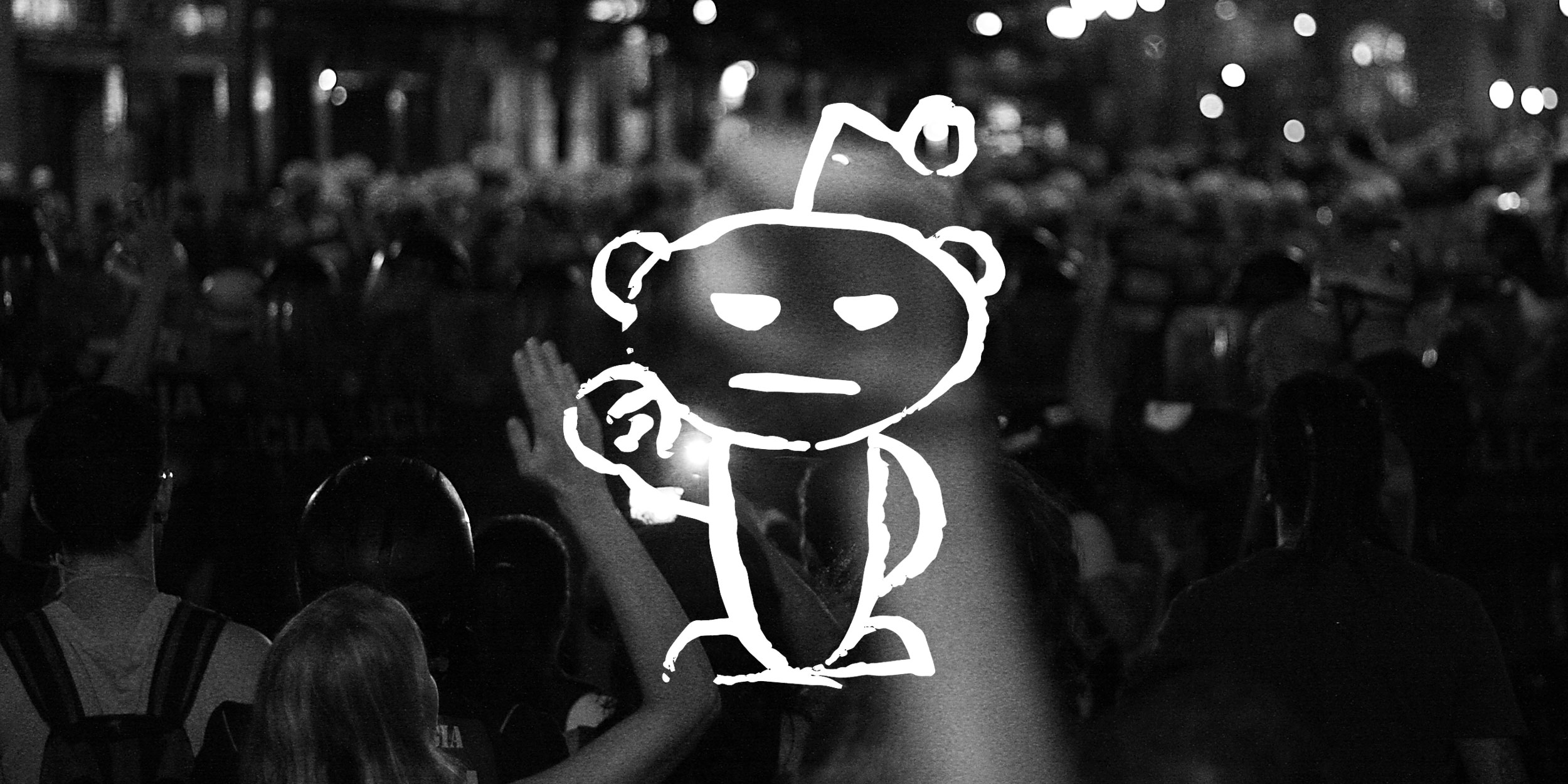 For all of the ways it has connected people to each other and noble causes, mainstream social media remains a gigantic cesspool of racism and violent ideation. And social media giants Facebook, Twitter, Instagram, and Reddit still seem to struggle in getting a handle on it.

This isn’t the anarchic world of far-right spheres like Voat and 8chan, where virtually no attempt is made to police content. These are the sites that average, non-racist people use every day for work, communication, newsgathering, and entertainment.

And they continue to be overrun by trolls and racism.

Uber-message board Reddit has seen some of the worst of this trend, with an endless stream of subreddits revolving around anti-Semitism, misogyny, white nationalism, conspiracy theories, and harassment. The notoriously anti-moderation Reddit has taken action against a few, including outright banning subs devoted to the QAnon conspiracy, racial violence, and the “incel” movement. It’s also quarantined some others. But mostly, Reddit relies on up or down votes from users to push content to the top, or drop it to the bottom, of subreddits.

But for the users of Against Hate Subreddits (AHS), such hands-off moderation and self-policing simply aren’t enough. Started in 2016, r/AgainstHateSubreddits came together as a way to spotlight and collect hate, racism, and bigotry in communities all over “the front page of the Internet,” and to organize trolling/downvoting campaigns against it. Reddit, they say, simply isn’t doing enough to make users aware of the hate on the site.

Here's a pretty good—and still not even remotely comprehensive—compendium of all the times Reddit's r/The_Donald called for the killing of George Soros in the last week, from r/AgainstHateSubreddits.

It's always irony until it isn't. pic.twitter.com/EKGueHmTdd

AHS users the Daily Dot spoke with said that the creation of the sub was due to Reddit’s inaction over the pervasive racism, homophobia, and outright fascism in major right-wing leaning threads.

“Media and their bottom-line is seemingly all [Reddit] cares about,” r/AgainstHateSubreddits mod -Ph03niX- told the Daily Dot. “[It’s gotten] to the point where disinfo, hate and radicalism is preferable to them over those who’re trying to do the opposite and expel the garbage from the site.”

Far from harmless trolling, as many Reddit users claim they’re engaged in, AHS sees the rise of hate threads as a menace to critical thinking, and a gateway to truly violent hate groups.

“We believe that this subreddit could serve to avert people on the border from falling into echo chambers of bigotry,” the sub’s FAQ states, “by providing sources or refutations against common claims circulating in bigoted subreddits, and by providing ample evidence of the general shittiness of such subreddits.”

And it’s this urge that drives many members to join.

“I studied about what [fascism] might look like if it came to America. I saw frightening similarities,” added user Canadian Mist. “AHS has been incredibly effective in shining a spotlight on white supremacist subreddits. They routinely drag fascist subs out of the dark, and they are quarantined or banned within weeks.”

AHS also keeps a running list of hate subreddits, links to debunkings of oft-cited racist crime statistics, and refutation of some of the biological and historical misinformation that “race realists” often use in their fallacious arguments.

The sub that faces the wrath of AHS the most is, by far, the rabidly pro-Trump sub r/The_Donald. The largest and most prolific of Reddit’s MAGA subs, T_D, as it’s often abbreviated, is a place where Trump acolytes gather to exalt the man they often refer to as “god emperor” and organize harassment campaigns against Trump’s enemies.

The sub has also been the source of some of the most widely-shared Trump and conspiracy theory memes the internet has seen in the past few years—including a few shared by Trump himself—along with violent content and paeans to mass shooters. AHS has routinely spotlighted some of the sub’s worst offenses and calls for the death of various liberals and Democrats.

In fact, of the top 20 all-time threads on AHS, virtually all are related to T_D or its most prolific users.

Hey @reddit why is #The_Donald still on Reddit? Here is something I found today on /r/AgainstHateSubreddits cataloguing 50 of the worst moments from the mental midget #MAGA types on The_Donald: https://t.co/kB33bl03uz

In June, following death threats posted on T_D against public officials and police in Oregon in the aftermath of a failed attempt to pass a climate bill, Reddit quarantined the sub, putting an opt-in page before users could click onto it, and removing it from Google searches.

In a statement, Reddit claimed it was the “repeated rule-breaking behavior” of the sub that eventually led to the quarantine, and it’s likely that much of this came to Reddit’s attention via mass reporting by AHS.

Even before that, Reddit banned neo-Nazi sub and frequent AHS target r/physical_removal after outcries from AHS users in the aftermath of the Charlottesville riot. They also banned alt-right populated subs r/uncensorednews and r/European thanks to AHS-led mass reporting campaigns.

Beyond Trump’s most rabid fans, the sub has also fought transphobia in subs like r/LBGDroptheT, conspiracy theories in r/conservative, anti-Semitism pretty much all over Reddit, and subs devoted to individual alt-right or racial theory figures.

Conspiracy theories and the rampant growth of r/conspiracy are so entwined with the far-right that AHS mod -Ph03niX- even started an alternative conspiracy sub, r/ConspiracyII, in “an effort to try and nudge the people from the incredibly toxic /r/conspiracy sub into better modes of thought.”

While it’s gotten better thanks to bans and quarantines, Reddit still routinely fails to police sexism, racism, homophobia, and violent ideation, “unless it gets out into the press and threatens their advertising revenue,” as AHS user RaceCarLock told Daily Dot.

/r/AgainstHateSubreddits has been trying to warn @reddit admins about this for a while. Haven't checked to see if there are similar movements on the other platforms.

The people who post in what AHS deems “hate subreddits” are not especially big fans of AHS.

Conservative news site Red State has disparagingly called AHS “Reddit’s version of [far-left site] Media Matters,” and one Reddit user even started a change.org petition to stop Reddit from “censorship” of subs AHS users have campaigned against. At press time, it has 13 signatures.

No matter what, AHS users don’t plan on stopping their campaigns until Reddit takes more action.

“Anti-fascism exists only to oppose fascism,” Canadian Mist told Daily Dot. “We appear where there is fascism and we leave when it’s gone. We are the antibodies of the nation’s blood.”