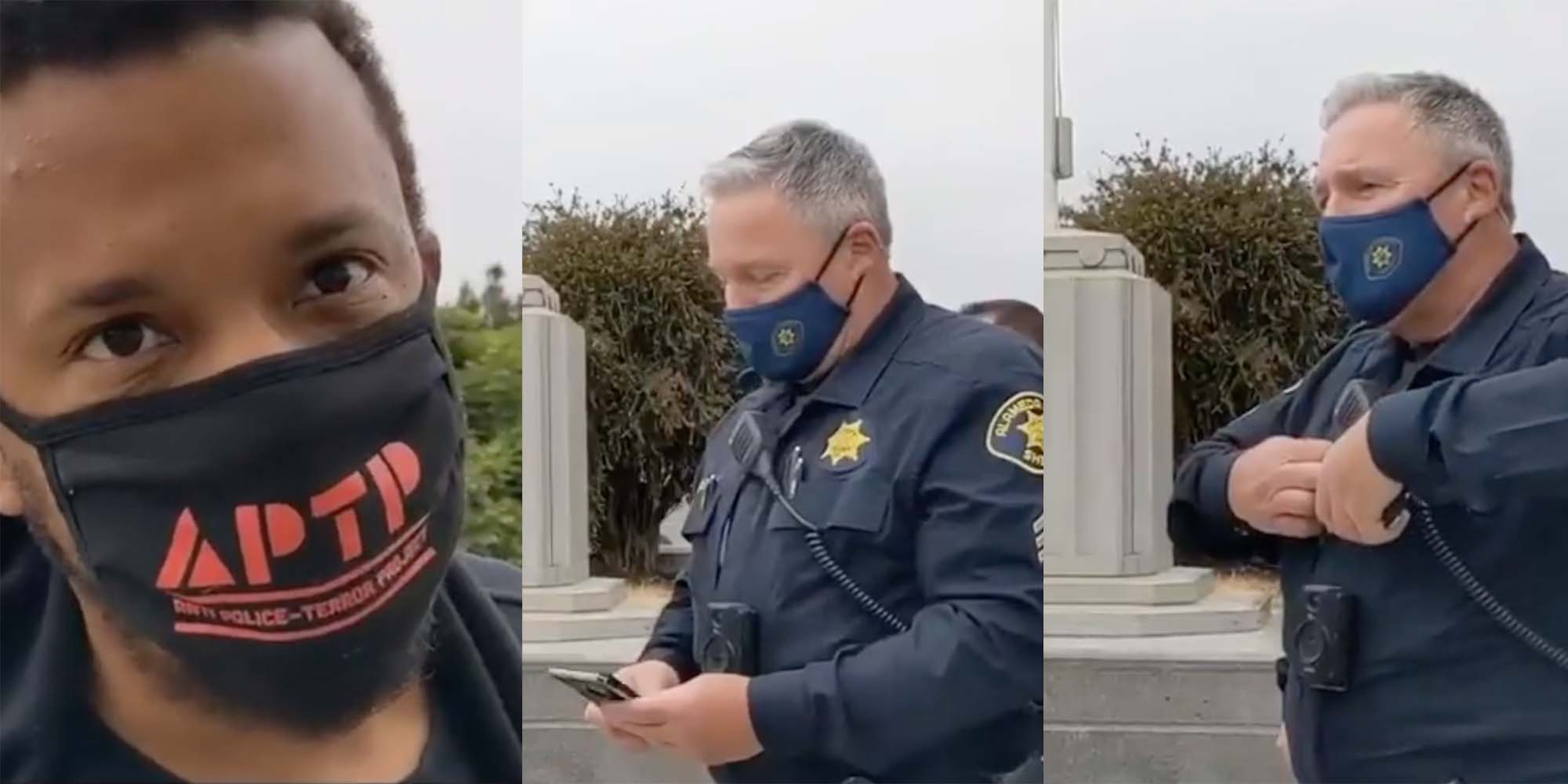 ‘I am playing music so that you can’t post on YouTube’: Sergeant plays Taylor Swift song while being filmed

This sergeant really doesn't want you to see this video of him.

“Are we having a dance party now?” a man questioned an officer who began randomly blasting a Taylor Swift bop during their conversation.

“I am playing music so that you can’t post on YouTube,” the officer later admitted, aware their conversation was being recorded.

The officer chose to use “Blank Space” to prevent the video from making its way online. YouTube prohibits creators from uploading videos that contain content that “someone else owns the copyright to, such as music tracks.” However, the officer’s use of the song only made the interaction that much more worthy of going viral and being seen.

Burch told the Daily Dot that APTP gathered at the local courthouse with the family of Steven Taylor, a Black man who was fatally shot by a police officer in a Bay Area Walmart in 2020. They were at the courthouse to listen to the pre-trial hearing of former San Leandro police officer Jason Fletcher, who reportedly shot Taylor. Fletcher faces a charge of voluntary manslaughter.

“Our goal was to make sure that Steven’s family can watch and can listen to this hearing that we’re, you know, broadcasting outside,” said Burch, who said that APTP was “not really interested in having any sort of prolonged engagement with law enforcement.”

Four officers then told Burch and other members of APTP that the banners could not be on the steps, which is when APTP member Rebecca Ruiz began recording the interaction between Burch and Shelby.

“We try to film all interactions with the police,” Ruiz told the Daily Dot. Ruiz is heard in the video asking the officer what he is trying to hide after he attempted to ensure the video would not make its way to YouTube.

As shown in the video, when asked if playing copyrighted music is part of the Alameda County Sheriff’s Office’s protocol, Shelby says, “it’s not specifically outlined” and that he’s “just listening to music.”

In a statement to Newsweek, Public Information Officer Ray Kelly of the Alameda County Sheriff’s Office said the incident was “unacceptable and not a good look for law enforcement.” KVTU reported that Shelby is being investigated for what Kelly called “censorship of First Amendment Rights.”

This isn’t the first time that law enforcement officers have used copyrighted music to thwart videos of their actions being posted online. In February, a Beverly Hills Police Officer played Sublime’s “Santeria” while being live-streamed—multiple times in one day.

Ray Kelly did not immediately respond to the Daily Dot’s request for comment.