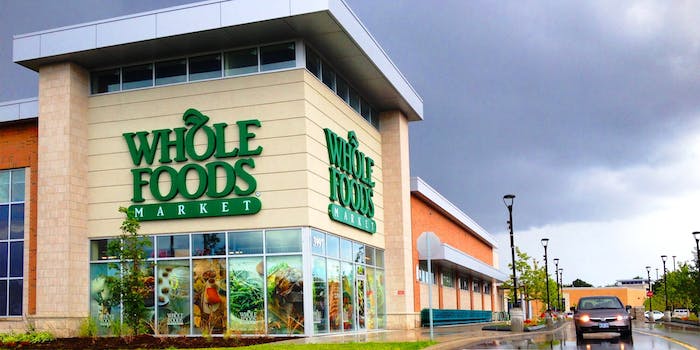 Locations are assigned scores based on factors such as racial diversity and local poverty rates.

Whole Foods is using an interactive “heat map tool” to track which of its store are most likely to attempt to unionize, Business Insider reports.

The software works by analyzing data on the Amazon-owned company’s 510 locations before assigning them a unionization risk score.

Scores are based on more than two dozen metrics, including turnover rates, employee loyalty, and racial diversity.

Whole Foods’ data appears to suggest that stores with less racial and ethnic diversity are more likely to unionize. Stores with higher total sales, higher rates of compensation claims, and lower employee compensation are deemed as at risk.

The scores also take into account how close each location is to a union office as well as statistics on unemployment and poverty in the surrounding area. The company monitors allegations of labor-law violations made by employees with the National Labor Relations Board as well.

The end result is a heat map in which certain at risk stores are highlighted with a red dot. Business Insider also reports that a statement on the map specified its focus as union-related.

“The [Team Member] Relations Heatmap is designed to identify stores at risk of unionization,” the statement reads. “This early identification enables resources to be funneled to the highest need locations, with the goal of mitigating risk by addressing challenges early before they become problematic.”

While Amazon has not publicly commented on the matter, Whole Foods did release a statement claiming that its employees overwhelmingly agree that unionization is unnecessary.

Such monitoring efforts are not uncommon among large companies. As reported by Bloomberg Businessweek in 2015, Walmart began using tools from Lockheed Martin that similarly tracked potential unionization efforts.

Amazon also received pushback earlier this month after firing an employee who had led a strike aiming to increase the safety of employees amid the coronavirus pandemic.