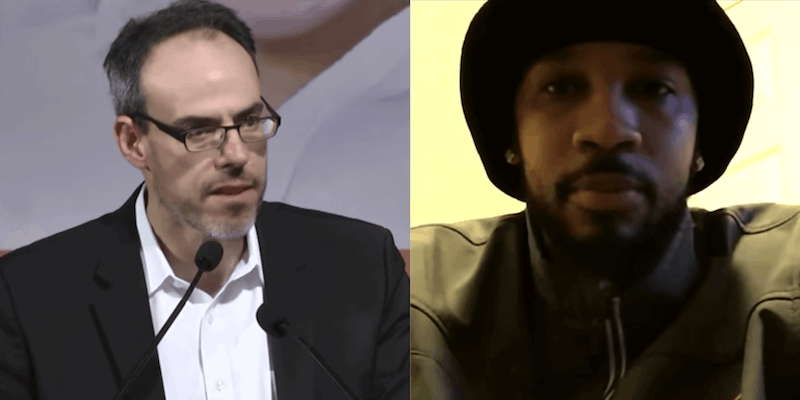 A leaked memo obtained by VICE shows exactly what a top Amazon official thinks of workers going on strike.

Amazon employees, starting in New York, held strikes over the lack of sanitary conditions in Amazon warehouses during the coronavirus outbreak.

One recently fired Staten Island worker, Christian Smalls, has spoken largely for workers, who are demanding the sanitization of warehouses after at least 19 Amazon distribution centers reported cases of coronavirus.

Amazon fired him when he returned to a warehouse to lead a strike, after coming in contact with an employee who tested positive for the virus.

In response, top Amazon officials including CEO Jeff Bezos, met to assess the damage. General Counsel David Zapolsky wrote that Smalls should be portrayed as the face of the strikes, writing that he is not intelligent.

“He’s not smart, or articulate, and to the extent the press wants to focus on us versus him, we will be in a much stronger PR position than simply explaining for the umpteenth time how we’re trying to protect workers,” Zapolsky wrote in the memo.

Amazon is not confirming or denying the leaked memo, a spokesperson told the Daily Dot. But Smalls respond.

“I’M NOT SMART OR ARTICULATE,” He tweeted.

Amazon fired Smalls for violating his 14-day quarantine. But Smalls says he was targeted for striking, as other employees had longer exposure to the infected employee, according to VICE.

“We should spend the first part of our response strongly laying out the case for why the organizer’s conduct was immoral, unacceptable, and arguably illegal, in detail, and only then follow with our usual talking points about worker safety,” Zapolsky wrote. “Make him the most interesting part of the story, and if possible make him the face of the entire union/organizing movement.”

After his notes were leaked, Zapolsky issued an apology.

“My comments were personal and emotional. I was frustrated and upset that an Amazon employee would endanger the health and safety of other Amazonians by repeatedly returning to the premises after having been warned to quarantine himself after exposure to virus Covid-19. I let my emotions draft my words and get the better of me,” Zapolsky wrote in a statement.

Smalls and the other striking workers don’t stand alone. Sen. Bernie Sanders (I-Vt.) led several congresspeople in a response to the e-commerce conglomerate. He wrote a letter to Amazon demanding the implementation of federal sanitation guidelines to mitigate the exposure of workers.

Alongside plans for a public response to the strike, Zapolsky’s memo detailed notes about obtaining medical masks for workers. He wrote that the company has 10 million masks with 25 million on the way. In addition, he wrote, the company wants to begin producing masks.