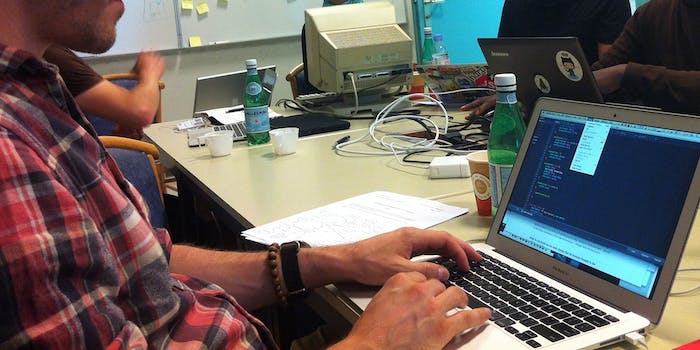 Now, you can easily buy bitcoins from other users, not just large brokerages.

There are several established companies, including Coinbase, Bitpay, and Bitstamp, that allow Americans who have verified their identity with bank or utility documents to legally purchase bitcoins with U.S. dollars. (Full disclosure: I’ve used such services in the past to purchase Bitcoin, which I’ve spent in previous articles, and own a hair over 1 BTC as of this writing.) But those are technically used as brokerages, as they only allow users to purchase their Internet money from the company’s personal stock.

But Coinbase now also functions as an exchange, where users can simply place buy and sell orders for a desired number of Bitcoins, name their price, and wait. There currently isn’t any fee to trade, though the purchaser will have to pay a 0.25% fee on each order come April. As is appropriate for a currency as volatile as Bitcoin, sales in the two hours preceding this article have been as high as $312.88 for 1 BTC and as low as $241.43.

The move may also signal an arms race between the U.S.’s two largest Bitcoin trading companies. Bitpay and Coinbase compete to sign up companies to use their apps that allow customers to purchase with bitcoins. Bitpay famously paid a hefty sum to sponsor an annual college football bowl game in St. Petersburg, Fl. But Coinbase recently acquired a stunning $75 million in investments, which came in part from the New York Stock Exchange.