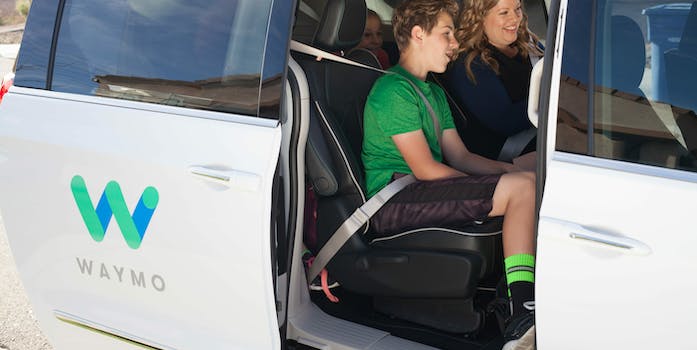 You can sign up to be a part of Waymo's 'early rider program.'

Google‘s self-driving car spinoff Waymo will soon be hitting the streets of Phoenix. If you live in and around that area, you can sign up for free rides in the company’s autonomous vans.

Beginning today, Waymo is inviting Phoenix residents to take part in its public trial as part of its early rider program. The program is taking a different approach than an Uber or Lyft-style ride-hailing experience. “The goal of this program is to give participants access to our fleet every day, at any time, to go anywhere within an area that’s about twice the size of San Francisco,” Waymo CEO John Krafcik wrote in a blog post today. It will also allow Waymo to learn from riders with a variety of transportation needs.

The fleet is still in the early stages of real-world testing, so Waymo is only accepting a limited number of early riders. In evaluating applicants, Waymo will consider the kinds of trips you plan to take as well as if you’re willing to use Waymo as your main mode of transport. The company will also begin adding an extra 500 vehicles to its current 100-car fleet.

The fleet itself is composed of Chrysler Pacifica minivans outfitted with a custom chassis, sensors, and proprietary software. While a driver will sit behind the wheel in Waymo vehicles at all times, the goal is that the vans will operate with as little human intervention as possible.

In the autonomous car race, Waymo is perhaps one of the furthest along, but other companies are eager to catch up. In March, Waymo sought to block competitor Uber’s self-driving car efforts by requesting a preliminary injunction from a San Francisco court. Waymo believes Uber is using stolen technology in its self-driving car work. Previously part of Google, in late 2016, Waymo become its own, separate entity under the larger Alphabet umbrella.

If you live in Phoenix or one of its surrounding suburbs (including Chandler, Gilbert, or Tempe), you can apply to become an early rider here. If you participate, you could help shape the future of autonomous cars—and that’s about as exciting as riding in a self-driving car in the first place.