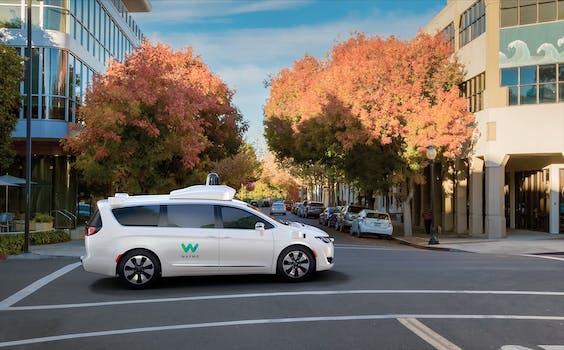 The next generation of self-driving vehicles is here.

Waymo’s armada is a pack of 100 Chrysler Pacifica minivans. Unlike Google’s current fleet of Lexus RX SUVs, which have been retrofitted with self-driving hardware tech, these vehicles have Waymo’s hardware and software technology completely built in. According to the Verge, that included customizations in its chassis design, as well as its electrical, powertrain, and structural systems. Production is complete on these vehicles, and they’ll start roaming the roads in early 2017. The rear of Waymo’s self driving Chrysler van.

Until now the vehicles have undergone testing at tracks in California, Michigan, and Arizona, including 200 hours of extreme weather testing. With the previous fleet of Lexus vehicles, Waymo vehicles have driven more than 2 million miles. Waymo’s hardware technology is built into the van.

The vehicles went from conception to production in roughly six months, Waymo CEO John Krafcik wrote in a blog post about the vans. Bloomberg reports that these vehicles could form part of a future self-driving ride-hailing service that could launch as soon as late 2017.