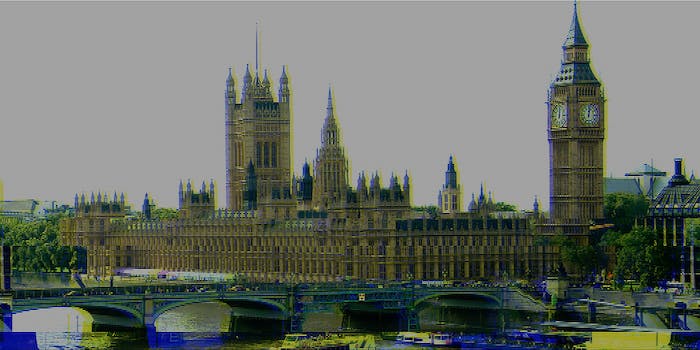 Talk about a learning exercise.

In an effort to recruit top talent to government cybersecurity agencies, Britain’s Government Communications Headquarters and National Crime Agency just kicked off the fourth installment of the Cyber Security Challenge, a yearlong competition that pits young hackers against a fictitious enemy in a series of cyberbattles.

In the first days of the competition, participants—most of whom are high school and university students from the U.K. or the European Union—are briefed about an impending cyberattack by Flag Day Associates, a fictitious cybercrime organization. They’ll then have to assess the threat posed by the fictional collective and present a defense strategy to officers of the NCA’s National Cyber Crime Unit. Participants who rank highly during the first round will move on to engage in face-to-face cyberbattles throughout the year, and these skirmishes will in turn determine the contestants who will face off with Flag Day Associates in the final round.

The goal, according to Cyber Security Challenge’s developer, is to engage with individuals who may be interested in a career in cybersecurity; the challenge is funded both by the government and by private sponsors, including Microsoft, BlackBerry, and digital security provider Symantec.

The competition’s new “enemy” was revealed in March, when a video featuring three hooded members of the collective “interrupted” the proceedings of last year’s final challenge.

“You are not safe online just because you can respond to a simulated cyberattack,” says a heavily distorted (and distinctly Darth Vader-like) voice in the ominous video. “We will show you what a real attack feels like.”

One of the finalists of last year’s competition analyzed the video and unearthed metadata that revealed the date of the fictional cyberattack. Going forward, participants will need to analyze communications by Flag Day Associates and “identify the skills and the expertise required to protect against them should they carry out the attack,” according to the Cyber Security Challenge’s website.

The GCHQ, which sponsors the event, is essentially the United Kingdom’s corollary to the National Security Agency—and like the NSA, the organization has come under fire in recent months for its mass surveillance of digital communications, revealed in documents leaked by former intelligence contractor Edward Snowden. Although the Cyber Security Challenge is in its fourth year, this latest competition is the first to be held since Snowden’s revelations, and it’s unclear whether public distrust in government intelligence organizations will drive away applicants. A spokesman for the NCA told the BBC he did not expect public distrust to affect the number of applicants.