Here's how you can stop it.

Unless you’re careful, it’s astonishingly easy for a stranger to find out where you took your Instagram and Twitter photos—even if you didn’t explicitly share your location.

An app called Ready or Not?—developed by a team at University of California, Berkeley—allows people to plug in a Twitter or Instagram username and see where that person’s been. If a phone’s location settings were enabled, the app can create a heatmap of where it took photos using hidden GPS data.

On its alumni blog, Berkeley noted the team saw exactly where Britney Spears and Oprah Winfrey were at specific times through its tool. The app, they claimed, is intended to create public awareness of the issue and to raise privacy concerns. It’s not difficult to imagine how such a tool could be abused. For instance, thieves could determine where you live and when you’re clearly not there, based on the location of your tweets, as was the case recently for Olympic medalist Rebecca Adlington.

Here are a few simple measures you can take to protect yourself.

Doing so will mean that none of your photos will have location data attached, but you won’t be able to use location-based apps like Foursquare either. Bonus: Switching off location services is also a great battery saver.

On Android, access your settings, then location services, and disable the GPS Satellites option. The names of the menu options might vary depending on your device, so you might need to check the manufacturer’s support site. (Here’s a list of them.)

It’s a similar process on BlackBerry: access location settings from your settings menu.

Delete location data from your accounts 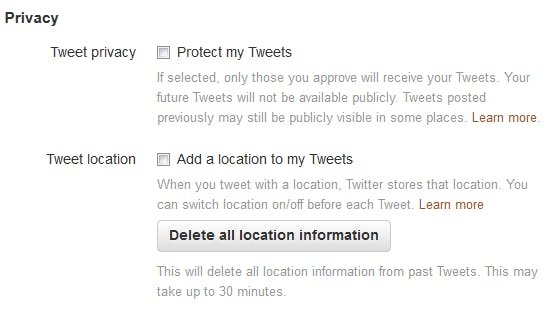 It’s a little more complicated on Instagram. Per the community’s help center, you can remove photos from your photo map by tapping the edit button and deselecting them. This permanently removes that photo’s location data from Instagram.

Alternatively, you can make your Twitter or Instagram accounts private, so only your followers can see where you’ve been.

Strip metadata from your photos

You might still wish to include location data on some of your photos, to include where you’ve been but not necessarily when.

A number of apps can strip the location and time information from your photos. On iPhone, I tested TrashExif, Metadata Cut, and Photo Investigator. All three apps are free and strip out the data with a few self-explanatory button taps. I found Photo Investigator particularly helpful because it showed me, at a glance, which images in my Camera Roll contain time or location metadata. 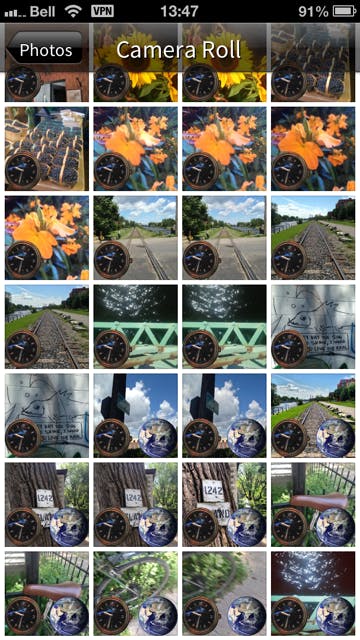 Several Android apps will work as well, including Image Privacy. If you’re tweeting photos from your computer, you might first remove the metadata using programs like JPEG & PNG Stripper, or ExifTool.