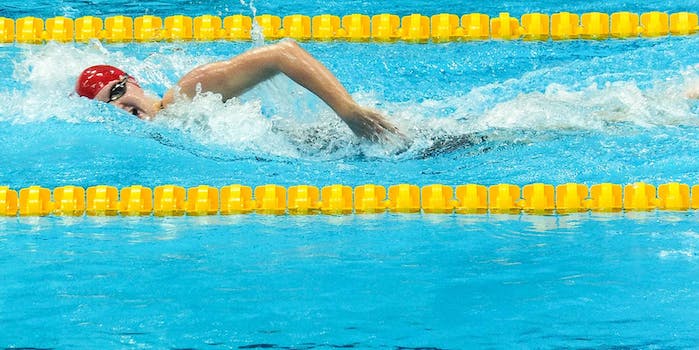 Four-time medalist Rebecca Adlington may have tipped off some Internet-savvy criminals.

A common cantankerous refrain about social media is that no one cares what you had for your last meal. But that axiom may not hold true for a celebrity like Rebecca Adlington, the British swimmer and four-time Olympic medalist. Not long after she tweeted about a dinner out with friends in London, her house—a few hours north—was invaded by burglars.

Sometime after midnight that evening, Adlington got a call from a friend in Manchester whom she and her fiancé (fellow swimmer Harry Needs) live with, informing her that there had been a break-in. When the friend couldn’t find her medals right away, Adlington feared the worst.

In absolute pieces. Some bastards have broken into my house and stolen my Olympic medals!!! Something I will never be able to replace!

“When I heard that they weren’t there my immediate reaction was an emotional one as I put so much effort into winning them,” she wrote on her blog. “I also know that you can’t insure Olympic medals, and although you can get them replaced – I’d know they weren’t the originals.”

Adlington kept tweeting: “Actually shaking,” she posted before telling off some trolls making light of her misfortune.

Eventually, however, the medals were found. Maybe the thieves didn’t know anyone who could fence them?

Medals have been found. I’m so relieved. They’ve been in house and stolen Harry’s car and got keys. I’m just glad no one has got hurt.

If the burglary is indeed Twitter-related, Adlington wouldn’t be the first victim. In fact, there are sites, like We Know Your House and Please Rob Me, that use keyword filtering and geolocation data from tweets to show when and where people are making themselves vulnerable by oversharing online.

It’s not the first problem Adlington has had with the platform, either. Last year she outed an abusive teenager who had posted that she was a “whale.”