Photo via danjo paluska/Flickr (CC BY 2.0)

Airport security in America is such a drag. You can’t pass a TSA checkpoint anymore without someone griping about the several pounds of inert plastic explosives you’ve concealed in your luggage.

I said it was inert, jeez.

Last year, the Transportation Security Agency reported screening more than 708 million passengers. Some of the items that TSA agents discovered among their roughly 2 billion pieces of luggage—as rounded up by the agency on its, frankly, terrifying blog—are difficult to explain. 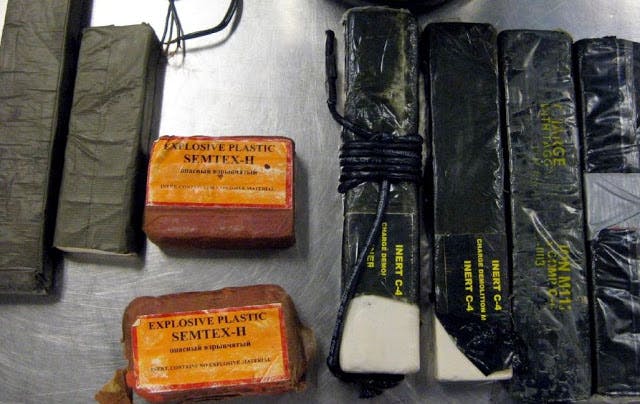 For instance, it’s hard to say why anyone would think to show up at an airport carrying two pounds of gunpowder and over 600 rounds of ammunition—but they did at Richmond International Airport (RIC).

If that sounds idiotic, that’s only because it is. You would certainly agree, if you were standing in line behind the guy in Las Vegas last year who tried to board a plane with a (hopefully) defused landmine in his backpack.

Here’s an interesting thought someone in Austin, Texas, had before driving to the airport: “My compound bow and samurai sword fit perfectly into my carry on.” 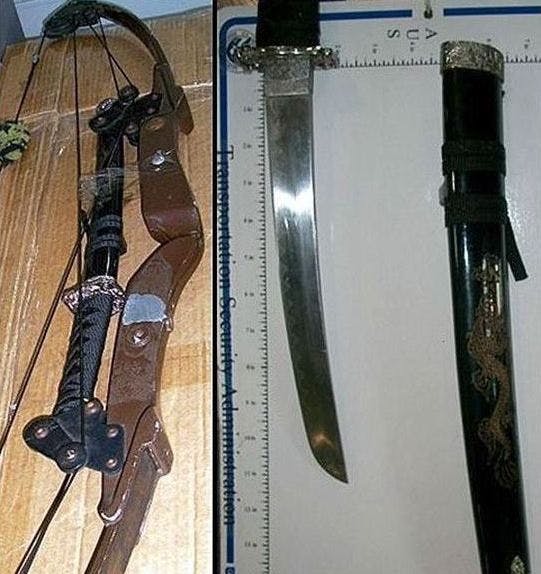 When some people hear the phrase “metal detector,” for some reason, it just doesn’t click. It seems like every other day, someone tries to bypass security by taping an oversized Bowie knife to their thigh. Yes, stuffing a 4-inch blade into your shoe might seem like a great idea—that is, until you remember that your shoes must pass through an X-ray machine.

The worst offenders, of course, are the nerds. The TSA probably confiscated enough Batarangs in 2015 to keep the streets of Gotham safe until Ben Affleck finishes filming Live By Night.

And finally, the crème de la crème of airport security faux pas: strolling through with a custom-made Klingon bat’leth. Photo via danjo paluska/Flickr (CC BY 2.0)