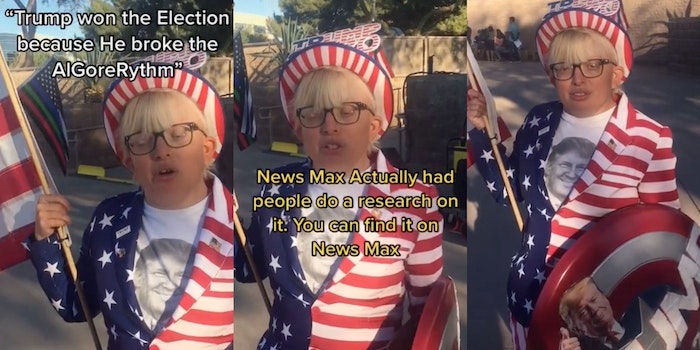 'Trump won the second all these swing states decided to stop counting votes.'

In three viral videos, a staunch Trump supporter and TikTok user tells the platform that Trump won the election because he “broke the algorithm.”