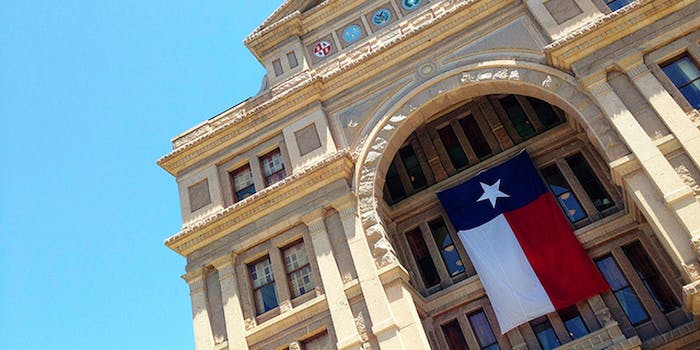 Though the new law is only applicable on the state level, some changes to federal law could be on the way too.

Everything is bigger in Texas. And in true Lone Star fashion, that philosophy now applies to online privacy.

The bill, Texas House Bill 2268, the co-authors of which were two Republicans and a Democrat, received widespread bipartisan support. The email amendment was offered up by Tea Party-favorite John Strickland, a state representative from outside of Dallas.

This new law, which is effective immediately, only applies on the state level in Texas. Under current federal law, prosecutors only need to seek a warrant for unread emails that are less than 180 days old. This measure under the Electronic Communications Privacy Act (ECPA) dates back to 1986, when email communication was nowhere near as prevalent as it is today.

But legislation may be on the way on the national stage. There are 94 co-sponsors on the Email Privacy Act, House Bill 1852, which would update the ECPA with privacy measures for information stored by third-party service providers.

Texas’s new law comes at a time when online privacy is at the forefront of public discussion. Government whistleblower Edward Snowden recently revealed the secret NSA Internet surveillance program PRISM, which he alleges violates the privacy of millions of Americans. Snowden fled to Hong Kong to avoid being arrested by U.S. law enforcement, although it is unclear if the United States will extradite and charge him.