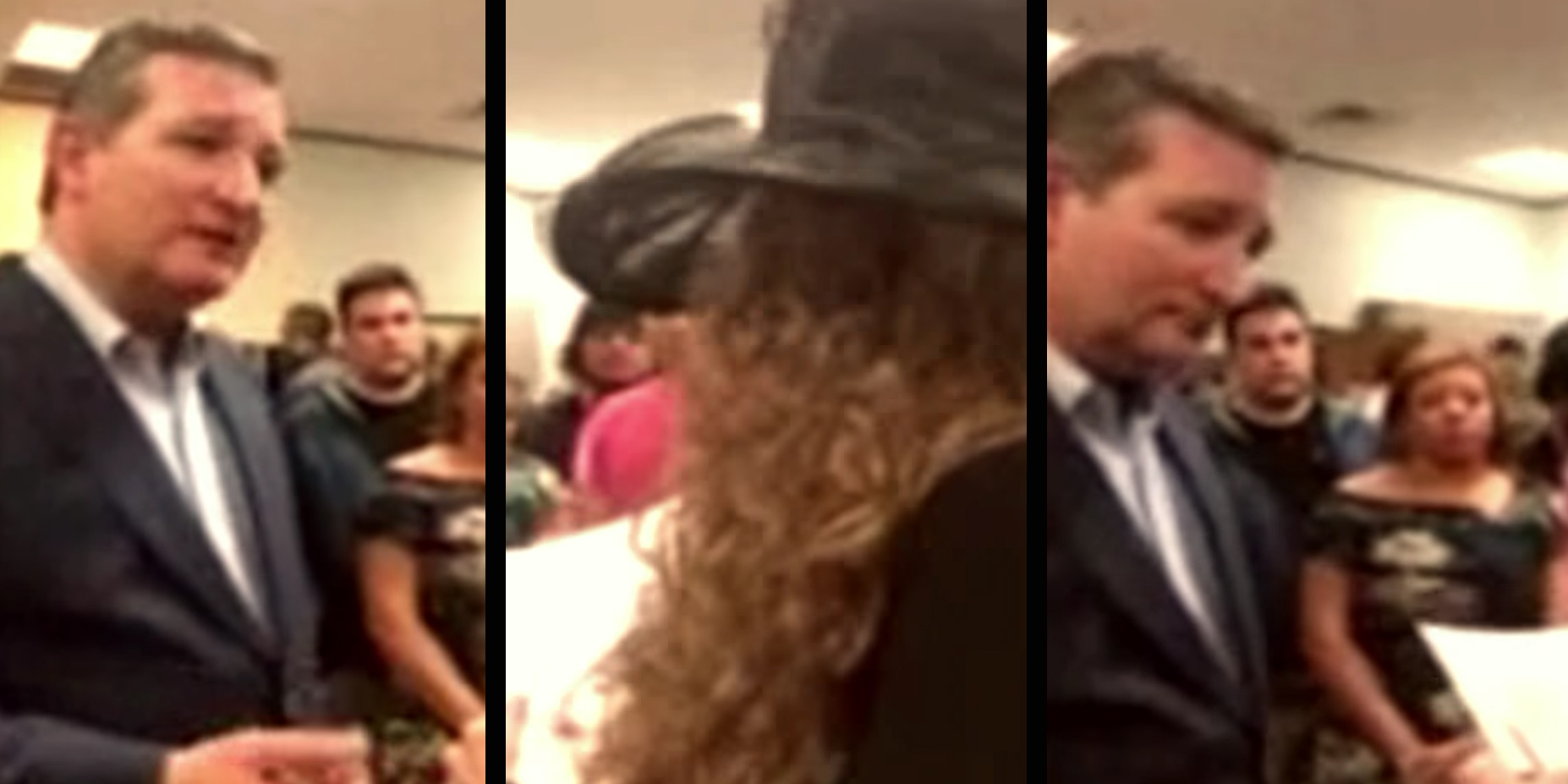 YouTuber Tammy Talpas held nothing back.

A woman asked Sen. Ted Cruz (R-Texas) to take a DNA test to prove that he is human on Tuesday night. The exchange, which Cruz tried to avoid at first, was posted on YouTube.

The woman confronted the Texas senator, who is facing a midterm election fight against Democratic challenger Beto O’Rourke, about the ongoing debate over healthcare.

Reading from a statement, the woman–who goes by Tammy Talpas on YouTube–said she had several pre-existing conditions and said if she was forced to go into a so-called high-risk pool she would go “bankrupt.”

“I take your threats of medical aggression personally and seriously; and I can assure you, I’m not the only Texan… who does,” she said to Cruz. “My question is: Will you pledge to submit to a DNA test, to prove that you’re human?”

At first, the senator tried to downplay her request:

“Well, ma’am, thank you for that, and one of the great things about our democratic system is we can treat each other with respect and civility,” he said.

When pressed about her request that he take a DNA test, Cruz gets more pointed.

“Ma’am, if you want to engage in insults, that’s your prerogative,” he said, adding: “But I’m not going to reciprocate.”

The woman tried one more time to get Cruz to answer her question, but Cruz shot it down.

“Thank you for being here,” he repeated twice before walking away.