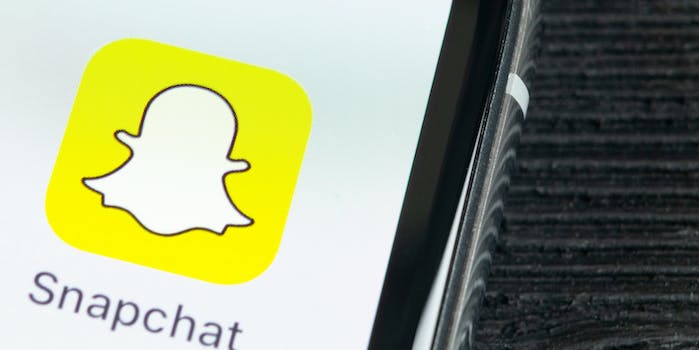 Old Snap is back.

The old Snapchat is back, sort of.

The social network notified users on Friday that it’s beginning to rollback changes from its poorly received redesign. A new look was unveiled in November that separated user content from branded content. The update grouped posts by your friends—Stories and Chats—into the left side of the app and branded content onto the right. It also changed chats from being presented in chronological order to using machine-learning algorithms that predicted who you’ll most likely chat with next.

The update was a resounding failure, launching an online uprising comprised mostly of millennials, Snap’s core audience. A Change.org petition, signed by 1.2 million people, urged Snap to take action. Instead, the company said it would “hope the community will enjoy it [the update] once they settle in.”

Now Snap is hoping to reduce the damage it’s already done by redesigning its redesign. Snap says the forthcoming layout puts Snaps and Chats back in chronological order and Stories from your friends move back to the right side of the app away from Chats, essentially undoing the major changes of the previous update.

The app will still launch the camera when first opened and Stories will be clearly separated from branded content within the right half of the app.

During the company’s Q1 earnings call, Snap CEO Evan Spiegel said the redesign of the redesign was an “optimizing” process “based on our ongoing experimentation and learning.” That’s putting things lightly. Snap added fewer users than ever last quarter and made less ad revenue than expected. The redesign even threatened to put Snap’s most valuable creators offline. The company embarrassingly lost $1.6 billion in market value after Kylie Jenner said she doesn’t open the app anymore.

Data from YouGov BrandIndex, which tracks users’ impression of brands, gives us a quantitative look at how the update was received, and it’s no wonder Snapchat is reversing its decision. The app’s impression score (on a scale of 1 to 100) plummeted for users 18 to 34 years old in the U.S. from 30 to eight.

Modifying the app’s interface has become less about responding to the request of users and more out of necessity as Snap continues its layoffs. If the company can’t pick itself back up, it won’t ever reach the heights of its rivals and meet profitability (a goal Spiegel wants to hit this year). Giving its core audience what they’ve been desperately pleading for is a good start.

Snap said the update is being released to the majority of users on iOS but didn’t say anything about an update to its Android app.