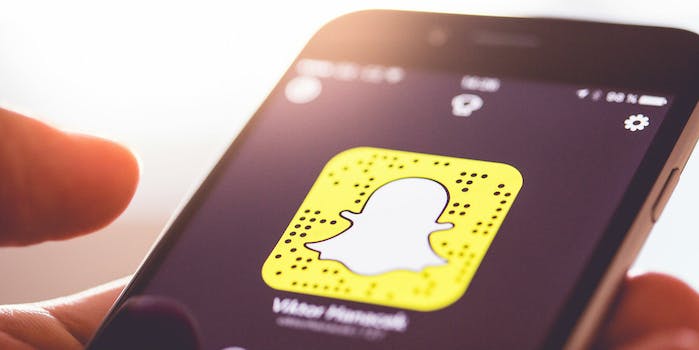 Snap to redesign petitioners: ‘This is just the beginning’

Earlier this month, more than 1 million people joined a change.org campaign urging Snap to revert back to its original interface. The petition says the new features, which were designed to separate content shared by friends from professional publishers, are “useless” and defeat the original purpose of the ephemeral video messenger. “Remove the new Snapchat Update” also claims many people are using VPNs or unsafe apps as a workaround to bring back the old look.

The petition gained steam over the last few days, forcing Snapchat to respond. Unfortunately, its answer isn’t what petitioners were hoping for. The company wrote in a blog post that it’s keeping the changes and even plans to add more.

“Team Snap” recognizes that its clumsy redesign makes some users feel “uncomfortable” but assures the changes just need time to settle in.

“By putting everything from your friends into one place, our goal is to make it easier,” reads the blog post. “The new Friends page will adapt to you and get smarter over time, reflecting who you’re most likely to be snapping with at that moment. This same personalization is therefore true of the new Discover, which will adapt to you the more that you use it.”

It also announced a new tabs feature, which lets users “sort things like Stories, Group Chats, and Subscriptions, allowing you to further customize your own experience on the app.”

The company closed its response with the exact words the 1.2 million people who signed the petition were fearing: “This new foundation is just the beginning.”

Don’t write off the Change.org petition as a complete failure. If there’s a silver lining, it’s that Snapchat has promised to “always listen closely” so it can “make new services better for everyone.” Then again, if it was truly listening, why is the broken new app still around?