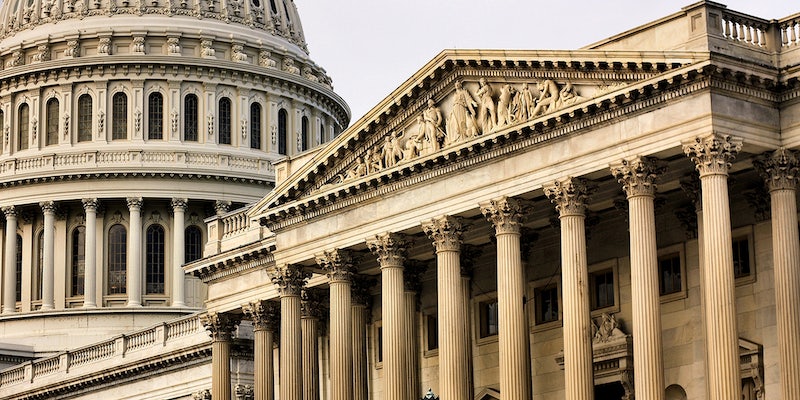 A schizophrenic viewpoint that only makes sense in the fevered brain of a congressman.

In a bizarre turn of events, the U.S. Senate agreed on the existence of climate change, then denied, though just barely, that humans have anything to do with it.

It’s a schizophrenic viewpoint that only makes sense in the fevered brain of an elected member of Congress who doesn’t believe in basic science. But it’s there, as part of two amendments to the controversial Keystone Pipeline Act.

The first vote Wednesday evening was simple, a proclamation “To express the sense of the Senate that climate change is real and not a hoax.” Ninety-eight senators agreed with the overwhelming majority of Democrats, Republicans, independents, and, you know, scientists, that this was true. Only two senators didn’t: Harry Reid (D-Nev.), who didn’t vote, and Roger Wicker (R-Miss.), who ties the notion to President Obama, and who subsequently fears admitting climate change could cost jobs.

But Senator Jim Inhofe (R-Okla.), a major supporter of the pipeline bill who has literally written a book about how scientists’ fear of global warming is a conspiracy, played this as a crafty bit of politics. After putting on a lucky polar bear tie:

Seems like a good day to wear the polar bear tie. pic.twitter.com/4I1kLmGRQ0

And encouraging fellow Republicans to vote with him in saying global warming is not a hoax:

Senators – join me in voting YES on Whitehouse's amdmnt saying climate change is a hoax, bc it is. I'll address my vote in floor speech soon

Inhofe, of course, was splitting hairs, arguing that while it’s obvious climate change is real, it’s “arrogant” to claim humans have anything to do with it. So Senator Brian Schatz (D-Hawaii) tried again with another amendment, this one reading “climate change is real and human activity contributes to it.” That one did split along partisan lines, and failed 49-50.

So now the 2014 Senate has an official stance on global warming: that it’s real, but no one’s fault. That’s contrary to what the overwhelming majority of scientists who actually study the matter say, which is that global warming is human-made and a horrific, pending problem.