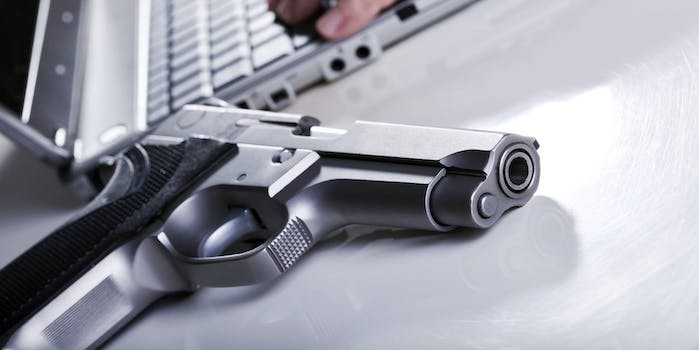 More than a week after a mass shooting in Orlando became the largest in U.S. history, the Senate failed to close on four separate gun control proposals on Monday.

In a 47-53 vote, the Senate killed an amendment by Sen. Dianne Feinstein (D-CA) that would let state attorney generals block sales to suspected or known terrorists from the FBI‘s terror watch list if they have reasonable suspicion to believe it would be used in connection with terrorist activity.

“You can’t get on an airplane, but you can get an AR-15. This is unbelievable, and this is what Senator Feinstein’s amendment would prevent,” said Sen. Barbara Mikulski (D-MD), who is the ranking member of the Senate Appropriations Committee.

The Feinstein legislation was under attack by both Republicans and the NRA for not including due process protections before blocking a gun purchase.

Sen. Kelly Ayotte (R-NH) was one of the few Republicans to back the Feinstein amendment, even though she noted on the floor on Monday that the “reasonable suspicion” standard could bar many innocent Americans from making gun purchases. Ayotte, a moderate Republican, typically breaks ranks with the other Republicans but voted against the Feinstein bill in December.

Ayotte said she was teaming with fellow moderate Sen. Susan Collins (R-ME) to introduce a bill that would bar gun purchases to only those on the FBI’s “No Fly” and “Selectee List,” rather than the entire Terrorist Screening Database.

“Despite flaws in both Senator Feinstein and Senator [John] Cornyn’s proposals, I voted to advance both so we can have this debate and an opportunity to get a result for the American people,” Ayotte said. “Predictably, both proposals failed to move forward, and now it’s time for the Senate to come together on the behalf of the American people to get a real solution that ensures terrorists cannot purchase firearms and protects the constitutional rights of American citizens.”

The Senate voted down, 44-56, an amendment by Sen. Chris Murphy (D-CT) on universal background checks on gun transactions. The amendment, co-sponsored by Sens. Corey Booker (D-N.J.), and Charles Schumer (D-NY) would mandate background checks for online or gun show sales.

Mikulski noted that 40 percent of gun sales occur online, a statistic that has been widely cited by pro-gun control Democrats, including Hillary Clinton, but also has been disputed. The Washington Post reported that the 40 percent statistic on online gun sales is more than 20 years old. NPR noted that 17 states do not require background checks for private gun purchases, which include online gun sales on sites such as Armslist.com.

The amendment would also penalize those who fail to report a missing or stolen gun to authorities. States and the federal government would also be required to send records on felons and those who have been ordered by a court to receive treatment for mental illness to the National Instant Criminal Background Check System, a list of people barred from buying firearms and explosives.

In a 53-47 vote, the Senate blocked cloture on an amendment by Cornyn that would delay the sale of a gun to a suspected terrorist for 72 hours while the Department of Justice investigated. If the DOJ was able to show probable cause in court, the sale would be blocked.

“(Probable cause) is not the proper standard to block a gun purchase,” said Feinstein. Feinstein noted that meeting the probable cause means there’s enough evidence to search a suspected terrorist’s apartment, car, and, in some cases, arrest them. Under the Cornyn amendment, the Attorney General would have to file an emergency petition to hold a hearing in court in order to block a gun sale, during which the gun purchaser would also have to be present.

“This is nearly impossible to achieve within 72 hours. And if it isn’t achieved, the terrorist gets the gun,” said Feinstein.

In another 53-47 vote, the Senate voted down another amendment by Grassley that would boost funding for the National Instant Criminal Background Check System. Democrats argued that it would make it easier for those ruled to be mentally incompetent to buy guns.

“This (Grassley) proposal would make abrupt changes that could result in many individuals currently prohibited from purchasing firearms suddenly able to do so,” said Sen. Richard Blumenthal (D-CT).

All of it Monday led to this pronouncement from Clinton.

The NRA also released a statement.

“Today, the American people witnessed an embarrassing display in the United States Senate. President Obama and his allies proved they are more interested in playing politics than addressing their failure to keep Americans safe from the threat of radical Islamic terrorism.

“We all agree that terrorists should not be allowed to purchase or possess firearms. We should all agree that law-abiding Americans who are wrongly put on a secret government list should not be denied their constitutional right to due process. These are not mutually exclusive ideas.  It is shocking that the safety of the American people is taking a backseat to political theatre.

“We thank the majority of the senators for rejecting the gun control proposals of Senators Feinstein and Murphy. We applaud Senators Cornyn and Grassley for securing majorities for their common-sense proposals. We look forward to working with those interested in real solutions to keep the American people safe, including their right to defend themselves in the face of government failure.”