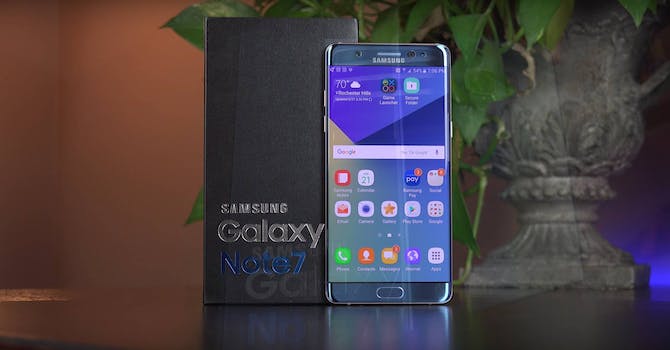 A formal recall is reportedly set to be announced.

Following the halting of shipments as well as a worldwide recall amid reports of devices spontaneously exploding, Samsung and the U.S. Consumer Product Safety Commission have issued a stern warning to users of the Galaxy Note 7: Power down and stop using the smartphone. Now.

The U.S. CPSC released a statement on Friday, noting the impressive power of Lithium-ion batteries, which may be to blame for the combustion:

Lithium-ion batteries pack a lot of power into a small package. When these batteries overheat and burst, the results can be serious. This is why the U.S Consumer Product Safety Commission (CPSC) is urging all consumers who own a Samsung Galaxy Note7 to power them down and stop charging or using the device…

The statement goes onto mention that the “CPSC and Samsung are working cooperatively” and that the announcement of a formal recall is imminent. There have been at least 35 reported instances of Galaxy Note 7s exploding since the start of the month, initially prompting the company to delay shipments of the device before recalling it altogether. Notable instances of the phone bursting into flames include in a hotel and in a Jeep, resulting in thousands of dollars’ worth of damages.

Though the initial recall from Samsung stated that replacement phones would be shipped to customers, it appears as if that solution is now in limbo for U.S. consumers, as the CPSC has yet to determine if it’s “an acceptable remedy.”