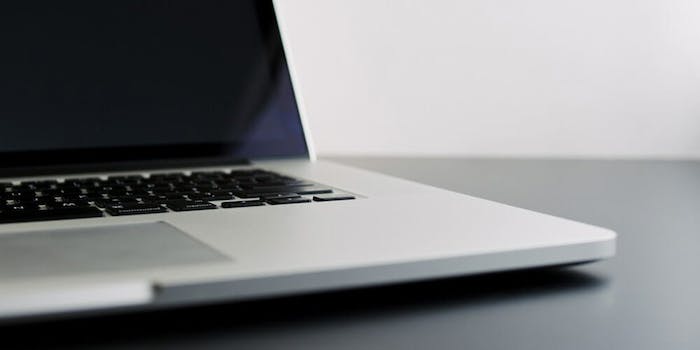 'It was on my lap, plugged in, and suddenly started to spew smoke out both sides.'

Video of a smoldering Apple MacBook Pro has gone viral after the owner claims the laptop randomly burst into flames.

The owner of the laptop, a DJ known as White Panda, detailed the incident on Apple’s subreddit, r/apple. The redditor claims the device began emitting smoke and eventually exploded on Wednesday during what he described as “normal use.”

“It was on my lap, plugged in, and suddenly started to spew smoke out both sides,” White Panda detailed. “I quickly placed it on the floor where it popped, the smoke increased, and it caught fire.”

A video posted to Twitter moments after the incident unfolded shows both the destroyed laptop and the damage it caused.

My MacBook Pro exploded today during normal use. No injuries, luckily. Some damage to the house. Could have been worse – good thing I wasn’t on a plane.

“Toxic smelling smoke filled my house triggering smoke and CO alarms,” the DJ added. “No one was injured, thankfully, but there was some damage to my home. The situation could have been much worse–imagine if I had been on a plane.”

After allowing it to cool down for an hour, White Panda said he took the device to a nearby Apple store.

“They understood the severity of the situation but said nothing could be done until it spent 24 hours in a fire-proof safe and that they’d call me with a plan/update,” White Panda noted.

After failing to receive a response two days later, White Panda said he contacted Apple again and was told that his case had been “escalated.”

“They did not call. I reached out today and was told it had been ‘escalated’ and I should hear something within FIVE days,” White Panda wrote. “I produce music for a living–FIVE days without my computer is unacceptable.”

White Panda also tweeted that the laptop had only ever received two repairs from Apple for the display and trackpad.