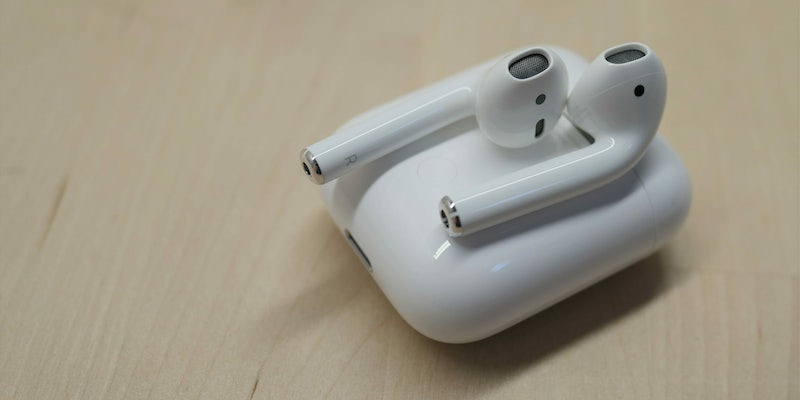 Man accidentally swallows AirPod—and hears it working in his stomach

The battery was at 41% when he retrieved it.

A man in Taiwan who claims he swallowed an Apple AirPod in his sleep says it worked after he was given a laxative to pass it out, according to the Daily Mail.

Ben Hsu reportedly fell asleep wearing his AirPods and when he woke up, he couldn’t find one of them. He used an iPhone-tracking feature to search for it, and says he could soon hear the beep from his missing AirPod.

“I checked under my blanket and looked around but couldn’t find it – then I realised the sound was coming from my stomach,” he told the Daily Mail.

He then went to the hospital where the doctors gave him a laxative to help him pass the pod. But they apparently did warn him that if it didn’t pass, it would have to be surgically removed.

Hsu ended up finding it in his poop the next day when he was at a railway station. But from his gleeful photos shared by the Daily Mail, it appears he felt it was worth it.

Hsu said the battery was at 41% when he recovered the pod, and he called the Apple product “magical.” (Perhaps it’s no coincidence that Apple advertised the AirPods as “more magical than ever.”)

A doctor in the emergency room reportedly said Hsu’s risks of being exposed to any kind of harm was “much lower” because AirPods have a plastic shell around them that protected him better than a regular lithium-ion battery.

Swallowing electronic gadgets and/or batteries is not entirely a new phenomenon, and it’s apparently common enough for there to be a National Button Battery Ingestion Hotline. The risks of such incidents are reportedly increasing as batteries and technological devices are becoming more miniature. What’s probably going to be a record-breaker, though, is Hsu’s willingness to try on the AirPods, which range from $159-$199, after digging through his poop to find it. That takes dedication.