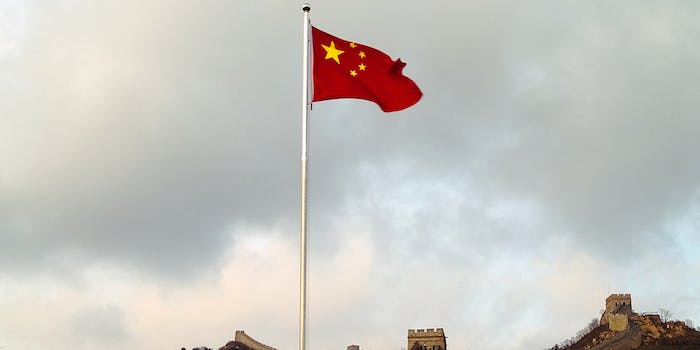 Is the U.S. using Windows 8 to spy on China? The Chinese government says yes.

One of the leading Chinese state television networks released a report this week calling Windows 8 a “potential threat” to the nation’s information security. The criticism comes just days after China banned the use of Microsoft’s latest operating system on government computers.

The report cites several Chinese academics, who warn of the dangers ouf Windows 8. Fudan University’s professor Yang Min said Windows 8 poses a “big challenge” to China. And Ni Guangnan of the Chinese Academy of Engineering said the operating system provides easy access to users data that “might be a good way for the U.S. to monitor other countries.”

China, which has requested to see Windows 8’s source code and been denied, is reviewing U.S. technology products within its borders as a response to the escalating cyberconflict between the two countries, as well as Edward Snowden’s revelations of America’s vast surveillance capabilities.

Microsoft said it was “actively cooperating” with a Chinese government review to show exactly what is being done by the company with user data. The company laid out its claims in a post on Microsoft’s official Sina Weibo account. According to a translation by Neowin, the company’s claims it “never assisted any government in an attack of another government or clients,” never gave the U.S. government authority to install “backdoors” in its products, and “never concealed any requests from any government for information about its clients.”

The Chinese government is also building its own operating system, Min said, to solve the myriad security problems that allegedly face the country.