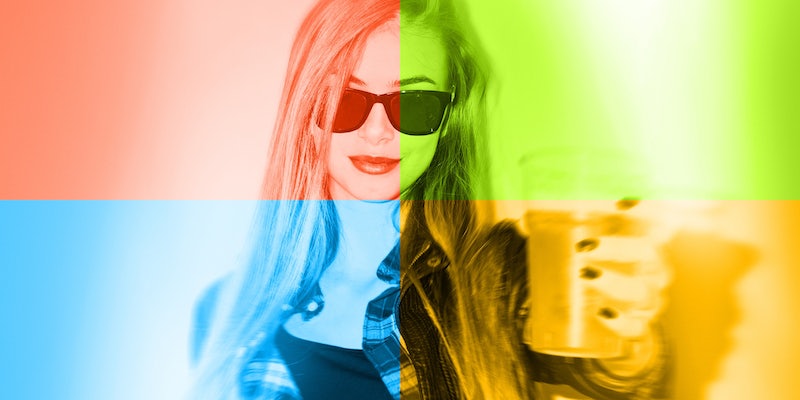 Microsoft’s recruiting department may be the most accurate real-world example of the fellow kids meme we’ve ever seen.

Patrick Burtchaell tweeted what he claims is an email his roommate received from Microsoft regarding an “internpalooza” event, which a recruiter addressed to “Bae Intern.”

And the email only gets worse from there.

The problematic language, like “Hell yes to getting lit,” and focusing on the after party as more important than the event itself is so off-putting and backwards, it’s hard to believe it was sent to anyone in the first place. Phrases like “hella noms” and “dranks” underscore the pervasive tech bro, fraternity-like atmosphere that exists in tech, despite some efforts to become more inclusive.

And yet, in an industry that struggles with diversity and a general lack of self-awareness, this is exactly the kind of email that many people would expect a tech company to send—an email that would fit squarely in an episode of Silicon Valley, only because it’s so real and doesn’t need to be satirized to encapsulate tech company stereotypes.

Microsoft grossly demonstrated these stereotypes earlier this year when it hosted a party at the Game Developers Conference in San Francisco that featured women in revealing school girl outfits. The company apologized for its insensitivity but not before it was publicly criticized across the web.

Clearly the alleged recruiter, whether working on behalf of Microsoft or not, is trying to speak to the Snapchat generation raised on emoji and abbreviated words, and failing spectacularly. The Daily Dot reached out to both Burtchaell and Microsoft to confirm the email’s authenticity but did not hear back.

Jessica Miller-Merrell, vice president of talent strategies at the Advanced Group and founder of HR and recruiting blog, Blogging4Jobs.com said no student would ever reply to this email.

“Talented interns are just like everyone else when looking for work. They want to learn about the company, the culture and career opportunities,” she said in an email. “That doesn’t happen with an email that clearly demonstrates Microsoft is trying too hard to be young, hip and cool.”

Miller-Merrell also notes it’s possible that the email might not be from someone recruiting on behalf of the tech giant, rather someone pretending to be. Because companies are desperate for talent, competitors may use inappropriate strategies to turn candidates off of others, she said.

Recruiting talent can be competitive, and sometimes unethical. One sketchy tactic several years ago included recruiters posing as AT&T recruiters in a LinkedIn group to attempt to build relationships with job seekers to create a pool of talent on top of AT&T’s brand to then place with competitor companies, Miller-Merrell explained.

Maybe the alleged Microsoft tweet was written by a recruiter with no self-awareness. Or perhaps it was written by an HR bot trained on teen-speak. With Microsoft’s push into chatbots, and its first experiment Tay going wildly off the millennial rails, it wouldn’t be surprising.

Update 5:24pm CT, July 6: Microsoft told WinBeta that the email was a mistake.

“The email was poorly worded and not in keeping with our values as a company,” Microsoft told the website. “We are looking into how this occurred and will take appropriate steps to address it.”