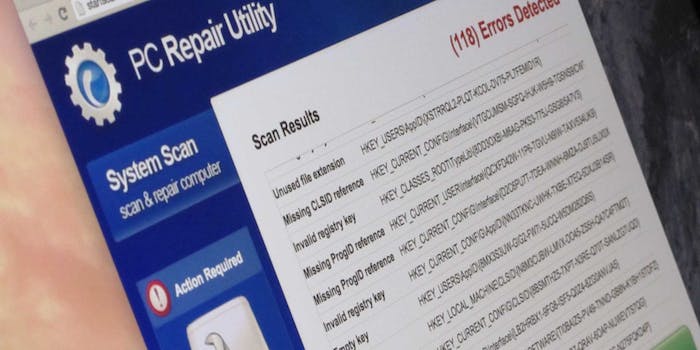 Living life on the Edge.

Support for Windows 10 and Microsoft Edge is expanding, just not in the way the computing giant might want. The browser has recently been targeted by one of the most vicious pieces of malware around.

The trojan Dyreza, otherwise known as Dyre, was recently updated to target computers running Windows 10. An additional variant has also been spotted hooking into the Microsoft Edge browser according to a report issued by Heimdal Security.

The latest version of the information-stealing malware can kill a series of processes linked to security software in order infiltrate systems more quickly and effectively. The operatives behind Dyreza spread the malware via spam campaigns that target a wide swath of users.

According to Heimdal Security’s report, 80,000 Windows machines have already been infected by the trojan, which is often delivered by a downloader known as Upatre.

Windows 10 and Microsoft Edge users currently make up a relatively small portion of the global computing community—the latest version of the Windows operating system accounts for just eight percent of the world’s PCs—but Dyreza’s presence presents a considerable concern for those on the OS or considering upgrading.

Dyreza, which first appeared in July 2014, is also capable of exploiting Chrome, Firefox, and Internet Explorer. The malware has been known to target banking websites as well as supply-chain businesses, where it can potentially steal credentials in bulk. Windows operating systems dating back to Vista are vulnerable to the cybercrime software.

Microsoft did not respond to request for comment at the time of publication. However, the company updated its Protection Center database with new information on Dyreza as of November 11.

Heimdal Security warns, “Lagging cyber security education and the amount of software vulnerabilities that plague all platforms, but especially Windows-based PCs, are creating an environment that’s so rich in opportunities to exploit that cyber criminals can simply not resist.”