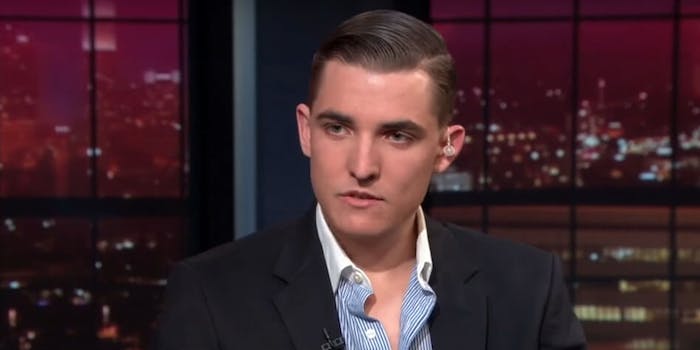 Police are seeking to arrest pro-Trump troll Jacob Wohl, who is subject to a felony warrant issued by a Californian court.

The warrant pertains to a criminal complaint submitted on Aug. 19 to Riverside Superior Court alleging that both Wohl and an old business associate Matthew Johnson unlawfully sold securities when working for Wohl’s financial company. The warrant was first reported by the Daily Beast.

If arrested, it is recommended that they each be held on $5,000 bail.

The activities have a three-year statute of limitations, meaning this was the last month charges could be filed against Wohl.

The criminal charges Wohl now faces relate to his time working as a “financier” whose dodgy schemes and activities had already landed him fines and legal trouble.

Wohl first made headlines in 2018 as a prominent pro-Trump social media personality for his hipster coffee shop tweets, a repeated format of his in which he claimed to find enthusiastic Trump supporters in trendy downtown Los Angeles’ cafes.

Wohl soon fell in with conspiracy theorist and lobbyist Jack Burkman. The two hatched multiple politically-motivated campaigns to defame and smear left-wing lawmakers or those they perceived to be political opponents to Trump.