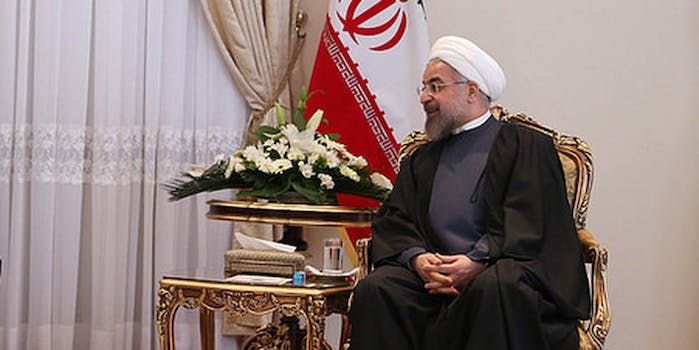 One of the 21st century’s great debates is raging in Iran over the right to a free and open Internet.

One of the 21st century’s great debates is raging in Iran over the right to a free and open Internet.

Due to censorship, Iranian citizens experience some of the slowest and most expensive Internet access on the planet.

If you set up #filter, somebody’ll set up anti-filter. Nothing’ll be resolved in this way – if it did, issues would’ve been resolved by now.

“Many times I’ve had to wait about 40 minutes to send or receive email through Gmail,” one Iranian Internet user told Iranwire. “It really shatters your nerves. It’s simply ridiculous to have to wait another 40 minutes for email when you need to do things on the internet. Of course it’s gotten much better nowadays and the wait is more like five minutes, but I still can’t check email on my phone, as I don’t trust the government. Unrestricted internet would really give me renewed confidence.”

In this day and age, there is no choice but to satisfy [the aspirations] of the new generation. We cannot close off this or that by force.

We must make bureaucracy more efficient. One of the ways to confront inefficiency and corruption is to introduce electronic government.

Despite hardline conservatives’ endorsement of Iran’s vast censorship—many of the top websites on the Internet are blocked, including Facebook, Twitter, and Google+—Rouhani has gained global attention as he pushes for openness.

“We ought to see [the Internet] as an opportunity. We must recognise our citizens’ right to connect to the World Wide Web,” Rouhani said earlier this year to the state-sponsored IRNA news agency.

At the same time, Iranian police have been aggressively hunting political and civic Internet activists in the country, using classic cybercriminal tactics.

Iranian police have built multiple fake phishing websites, Iranian researcher Amin Sabeti reports, under the guise of ideals like human rights activism or women’s rights news that would appeal to the target.

“Then they would introduce the website from hacked account,” Sabeti writes, “as if the email account owner himself/herself would right with the same literature, and send them to other victims in the contact lists and asked them to click on the link and visit their new website and become a member.”

The tug of war between various political forces in Iran continues as the Internet penetrates further than ever before into the country. Currently, just over 30 percent of Iranians are online.

That number is rising. However, using the Internet in Iran is still a profoundly frustrating experience fraught with peril.