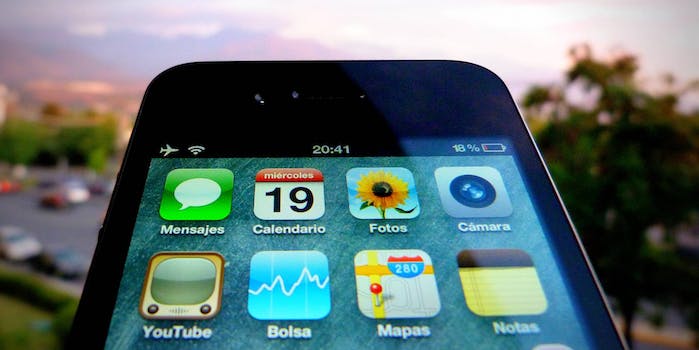 The iPhone has a hidden keyboard for lefties

Our thumbs sure wish this would become public.

Apple developed a way to let iPhone users type with one hand two-plus years ago, and yet it’s still not public.

Way back in the flip phone heyday, plenty of people typed one-handed. Our phones were smaller then, easier to palm in one hand, and besides that, we did way less typing because we weren’t also trying to browse the web, update Twitter, and type out emails to our bosses. But as phones grew bigger and bigger, Googling “what happens if I don’t have enough cream” while frantically stirring an alfredo sauce became an impracticality. It’s particularly problematic for people with tiny hands.

So imagine our collective frustration when developer Steve Troughton-Smith tweeted out this little easter egg, hidden away in Apple’s iOS simulator:

Today's fun hack (been there since at least iOS 8); the iOS keyboard has an unused left/right one-handed mode. Activated by edge-swipe pic.twitter.com/zIk7x7CVmu

Video or it didn't happen: (very hard to engage in the Simulator with a mouse cursor) pic.twitter.com/vw2wpCgiLJ

As you can see in the video, a swipe from the left or right edge of the simulator will switch the keyboard to a lefty or righty mode, complete with nice-sized cut, copy, paste, and undo buttons. Troughton-Smith says the code has been available since at least iOS 8 (which came out in September 2014), but it definitely isn’t widely available. Kinda would’ve rather had this than sticker packs, Apple.