The 10 best iMessage sticker packs you can get for free

Liven up your iMessage conversations with these free stickers.

Included with Apple’s iOS 10 release is a beefed up iMessage. Users can now download apps from within the Messages app, which has its own App Store. You’ll find a collection of iMessage-only apps for sticker packs that you can send to your contacts, Facebook-style.

There are already tons of options to choose from. Most of the really good ones, such as the Disney and Star Wars packs, require you to spend a few bucks. But if you’re not ready to splurge on stickers just yet, here are a few that you can download and use for free:

Apart from being able to play the game, you can also have the beloved character grace your conversations. Make Mario sit atop your message bubble. Have him pop-up next to your friend’s replies. Heck, you can even turn yourself or your friend into Mario for kicks! So many fun options. 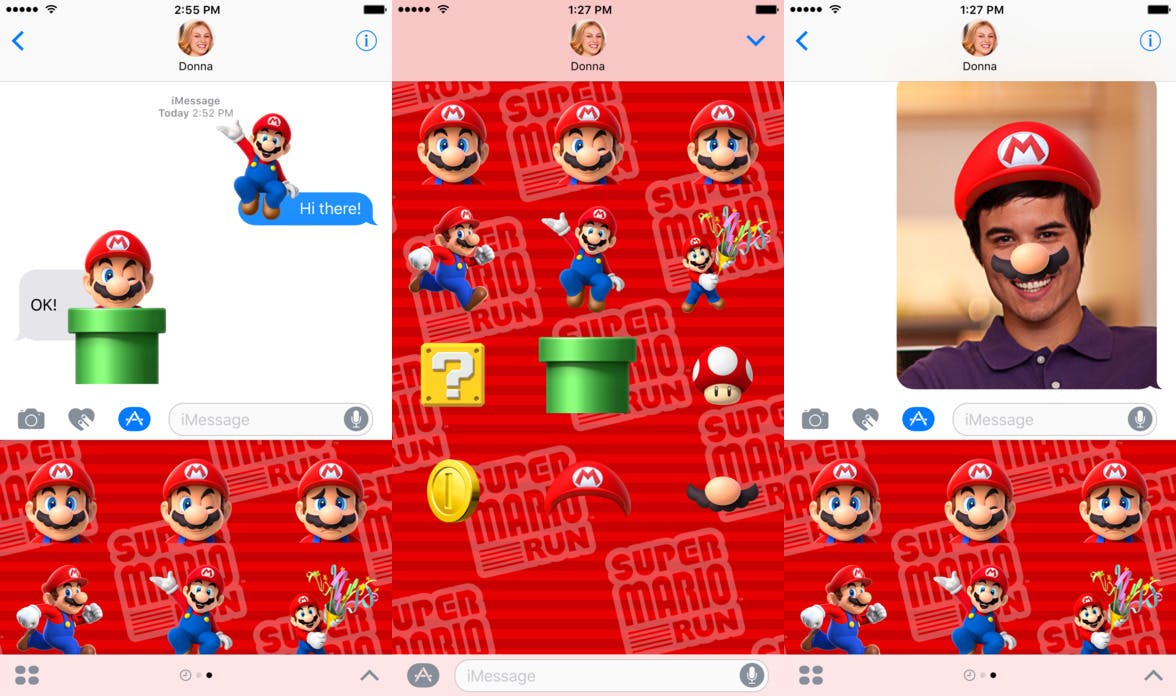 Why is this cat under a paper bag? According to the sticker pack’s page on the App Store, Paper Bag Cat is a “former pageant contestant who grew tired of all the attention and decided to leave the life of glitz and glamour behind.” That, and it enjoys being grumpy and flying on pizza, among other things. Pretty much like most of the people you know, amirite? 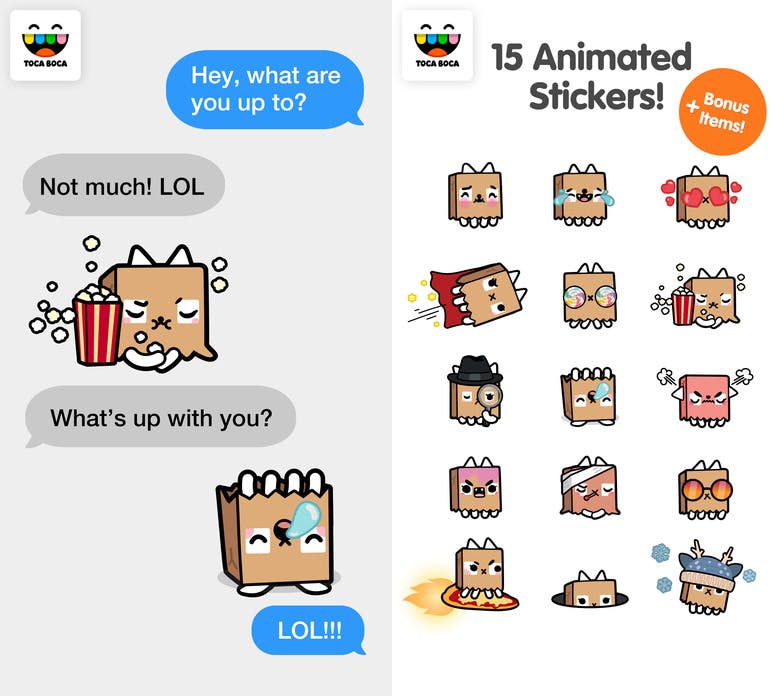 In case you’re not that much into paper bag cats, here’s a pack that features 20 different dog breeds! 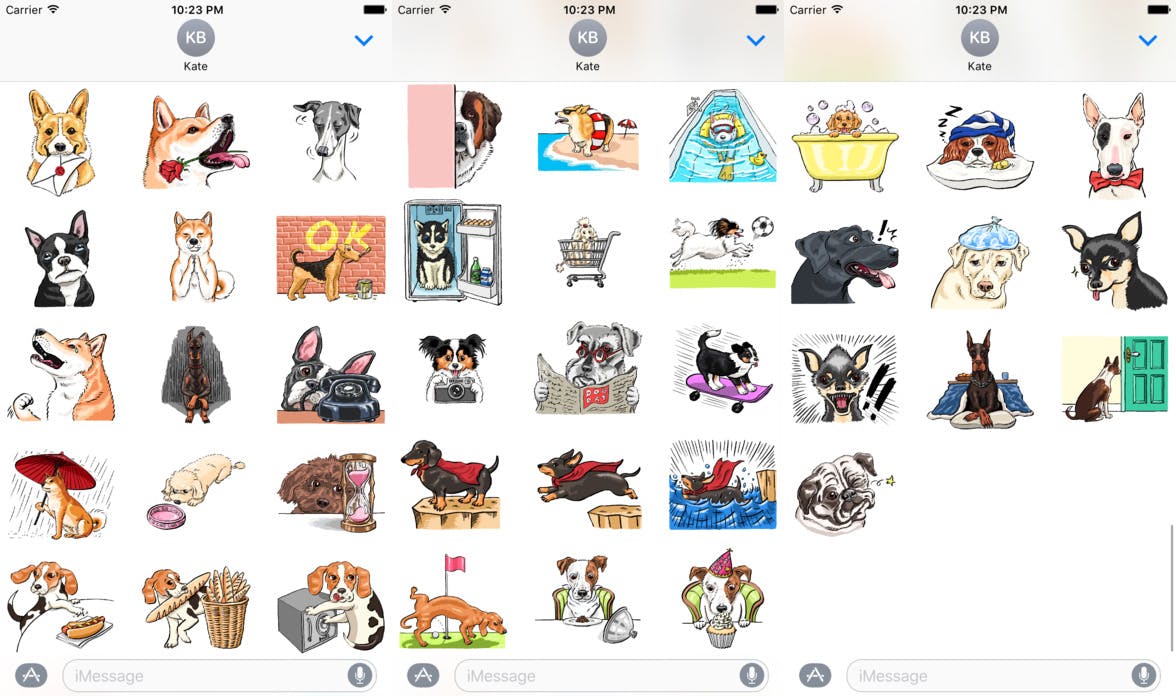 It’s been quite a while since Angry Birds was at the height of its popularity, but since it recently became a movie, it definitely warrants its own sticker pack. 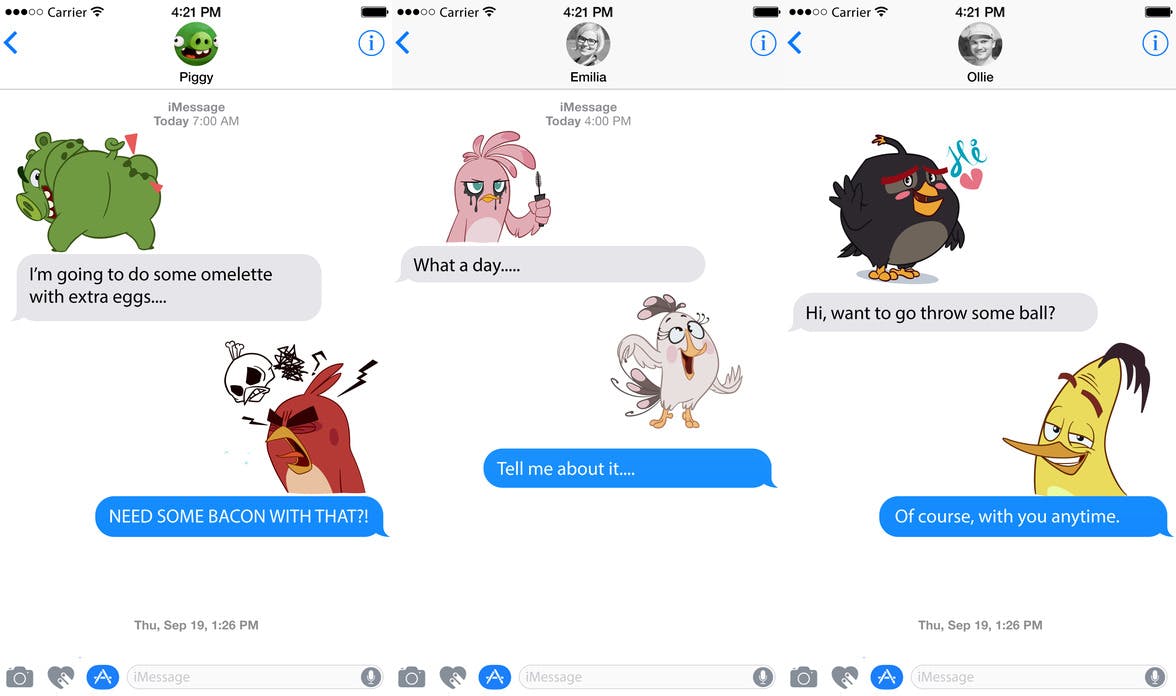 I mean, the opportunity to send out pig butts…who can resist?

Even though there are countless of ways to type the ¯_(ツ)_/¯  emoji, sometimes, pasting a sticker is just easier. 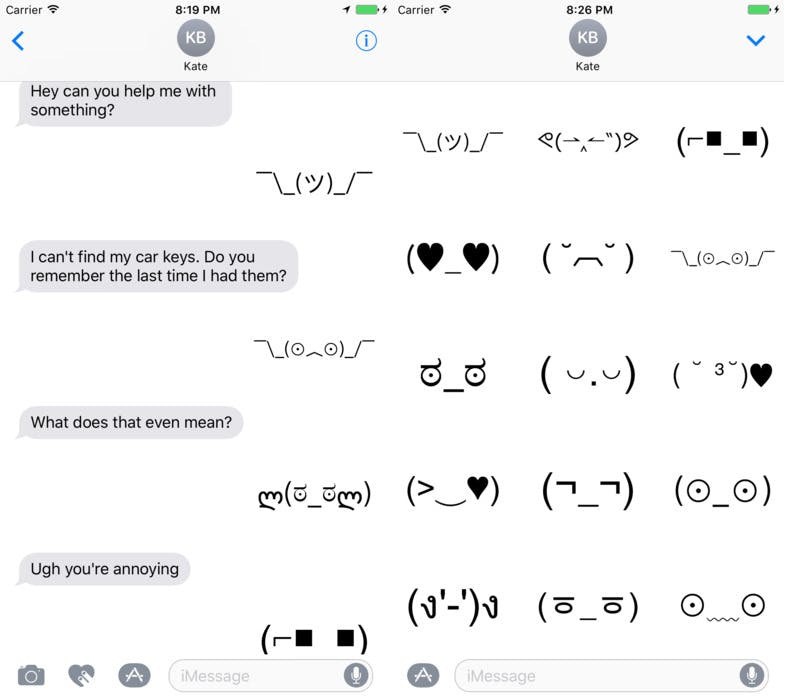 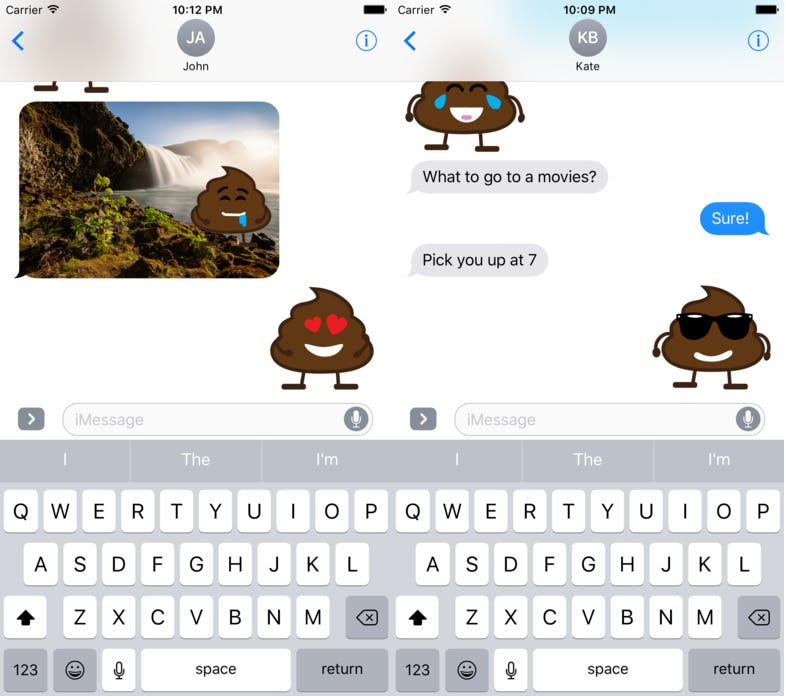 Take the blahness out of having just one font in your text messages with this sticker pack that features various types of scripts. It includes a lot of common phrases too, which should save you some time and maybe teach you some new lingo. (Apparently, “weck” is short for “what the heck.” Who knew?) 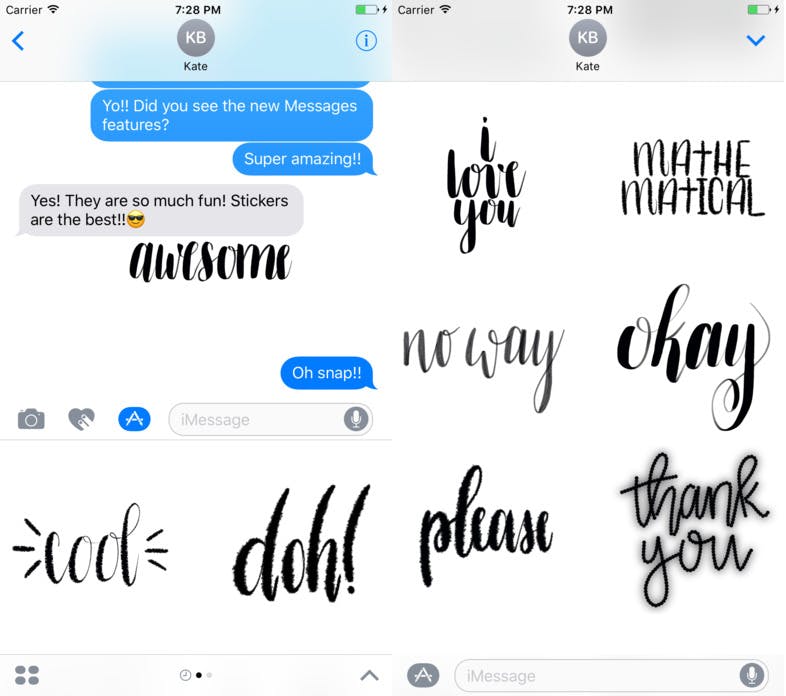 Only if you are one. 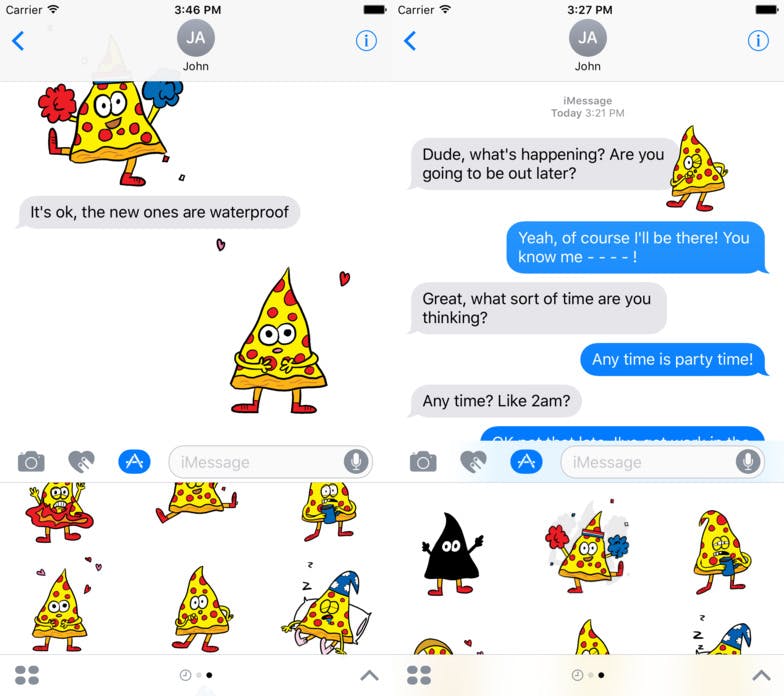 If you’re unsure about spending for the Disney sticker pack, this is a great alternative… and it’s free! Cookie Monster isn’t a Disney character, of course, but he’s just as cute and iconic. 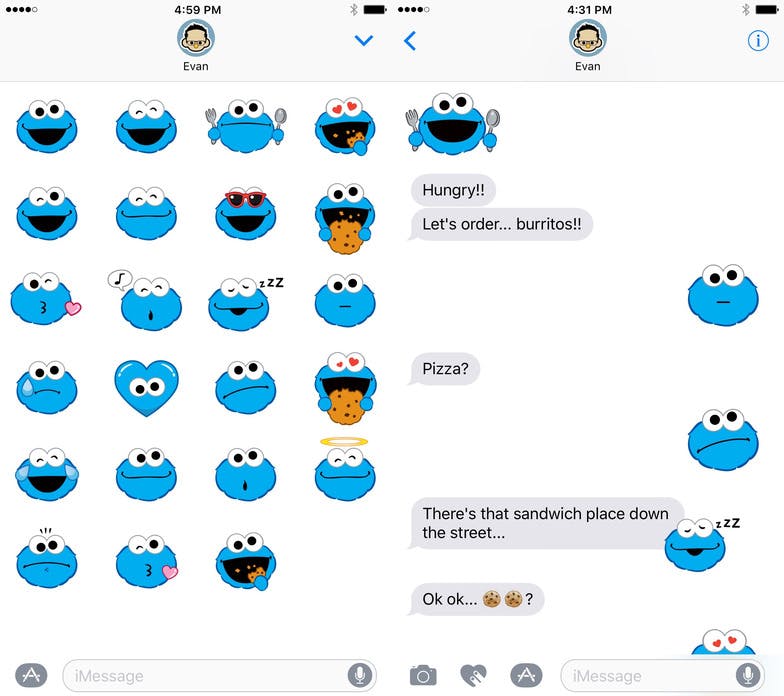 If texting about beauty and makeup and hairstyles is your thing, then you’ll probably enjoy exchanging these stickers with your glam gal pals. 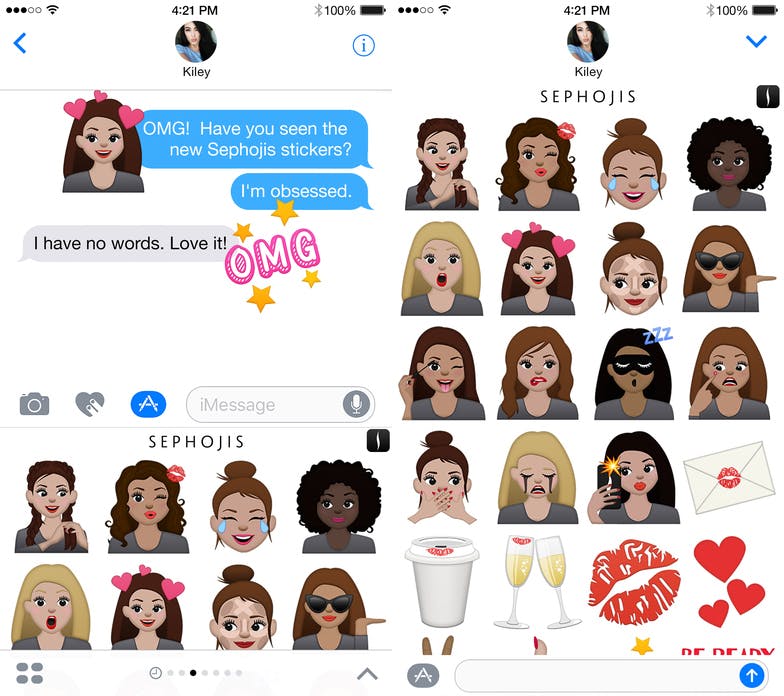