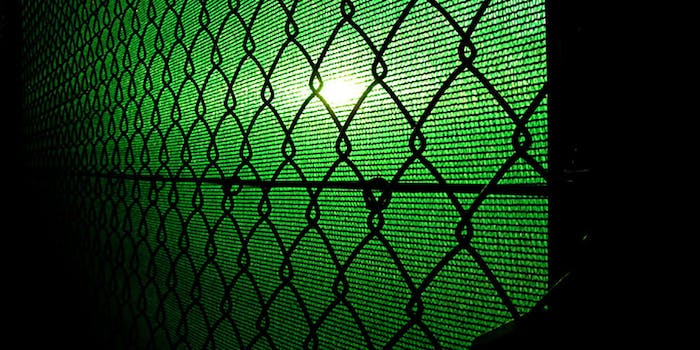 The Internet Slowdown campaign is good, but not good enough

On Sept. 10, a bunch of popular websites—Etsy, Reddit, and KickStarter, to name a few—are going to push for greater net neutrality rules. It’s a consolidated effort to increase public awareness of both the net neutrality movement and the potentially disastrous outcome if the FCC rules that ISPs should be allowed to prioritize bandwidth.

It’s not going to work.

The event, which is being called the “Internet Slowdown,” is a neat idea, but the failure lies in the execution.

Seasoned Internet veterans know that net neutrality is important, and that allowing companies to buy priority bandwidth from ISPs would be bad for just about everyone involved. Getting your average Web user to take interest in the movement is more of a challenge, and that’s why an event like the Internet Slowdown is important.

Should the FCC rule in favor of the ISPs, rather than for a completely open Internet, it would open the door for our Internet providers to speed up or slow down traffic to any website or service, which is nothing short of holding your connection hostage.

Imagine driving on the highway and being pulled over by a cop who tells you that, because the manufacturer of your vehicle hasn’t paid a fee, you’re only allowed to travel at half the speed limit. That’s what an Internet ruled by ISPs could potentially turn into, and it’s a horrific possibility.

Unfortunately, the need for these sites to remain fully operational seems to be overriding their determination to make visitors aware of the net neutrality war taking place behind the scenes. Sites participating in the slowdown will be placing banners and widgets on their sites that feature the “spinning wheel of death” loading icon, which is meant to strike fear into the heart of anyone who thinks that allowing for prioritized bandwidth won’t affect them. 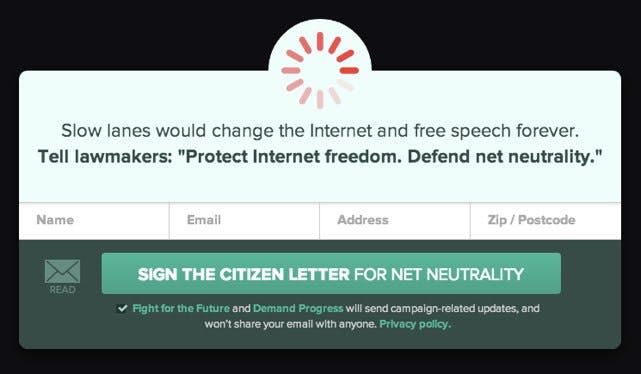 The widgets are tasteful, modern-looking, and pleasing to the eye. They even come in multiple colors to fit in with any site layout. Using the code available on Battle For The Net, the banners will pop up only on Sept. 10, and only once per user. In short, they’re barely there at all and easily ignored.

For an issue as important as net neutrality—and at a time when the FCC is about to issue a ruling that could change the Internet forever—the Internet Slowdown campaign is barely a whisper in the deafening noise. This needs to be taken seriously, and it needs to happen immediately. There is no time for slick graphics or goofy taglines.

If websites really want to send a message, they need to do something far more drastic. How about actually slowing down your site, to show the effect the FCC’s ruling could potentially have? Or, better yet, how about going dark entirely? As much as I adore my daily Reddit romp or the occasional Etsy shopping trip, I’d be willing to go without them for a day if it meant that Internet users at large become fully aware of the crossroads we’re sitting at.

I realize that’s a lot to ask, especially for websites and companies that depend on a fully functional, speedy website in order to do business, but that’s what it’s going to take. The Internet Slowdown’s cute banner that will disappear when I refresh my a page carries a good message, but it doesn’t carry it strongly enough.