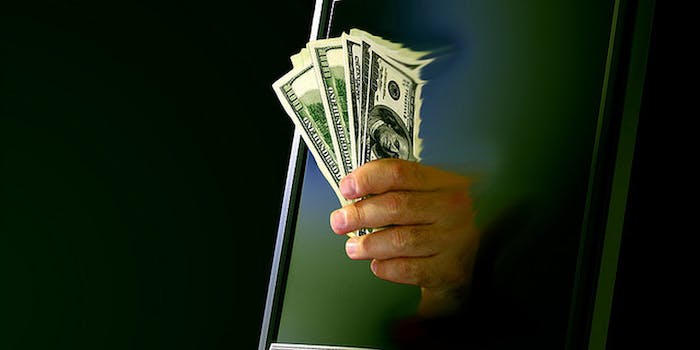 How much is a Yelp review really worth?

Backupify crunches the numbers to see what your tweets, check-ins, shares, and reviews could be worth.

First the good news: Your online social media activities—Yelp reviews, Facebook updates, LinkedIn searches and so forth—are probably worth a lot of money.

Now the bad news: That money’s not likely to line your personal pocket unless you’re a major stockholder in Yelp, Facebook, LinkedIn and so forth.

That’s the apparent conclusion to be reached from the Backupify Social Data Value Infographic, which Backupify blogger Rob May introduced to his readers on April 5. May and his colleagues at Backupify wanted to know:

“What is the value of a tweet? How much does Yelp value a review? As a participant in the social media economy, how much value does your participation create for companies like Facebook and LinkedIn?”

The infographic attempts to answer those questions. Blogger Drake Bennett at Businessweek explained how the calculations worked. First, divide the value of a social media company by its number of users, then divide the total number of individual user creations (individual tweets, Facebook updates, and other social-media postings) into the company’s monetary value.

“Again, it’s a crude measure: For one thing, tweets and Facebook shares aren’t commodities—some are clearly worth more than others. But May’s point is that even a rough estimate of the value of something like a single Foursquare check-in helps to give a sense of how much value users are providing to social-media companies.”

Katherine Bindley at the Huffington Post took this analysis one step further when she wrote:

“[H]istory has proven that Yelp reviews and tweets can end up being worth quite a bit in the marketplace, considering the impact they can have: The Twitter account “Shit My Dad Says” was turned into a book and a short-lived television series. Conversely, the owner of an Atlanta barbeque restaurant had to do serious damage control after excoriating a customer who wrote a negative Yelp review.

“On the flip side, of course, is the fact that users have plenty to lose by their interactions on social networking sites.”

Bindley cited just two of the countless examples of people who faced lawsuits or job loss as a result of an online post.

Statistically, the chance that your blog will land you a book deal or TV show is probably much lower than the chance you’ll lose your job or gain unwanted notoriety from an online post. Indeed, other than Bindley’s off-the-cuff mention of the Twitter account-turned-TV show, all of the monetary values mentioned in these studies are values that accrue to social media companies or their advertisers, rather than adding value to the actual content creators–the people like you and me, updating our Facebook pages or blogging about whatever interests us.

But here’s some idle speculation to factor into the conversation: If you calculate the value of social media postings and include a variable allowing for negative factors—educators fired for refusing to share their Facebook pages, student athletes disqualified for indiscreet postings—could the real value of most individual social media postings actually turn out to be a negative number? 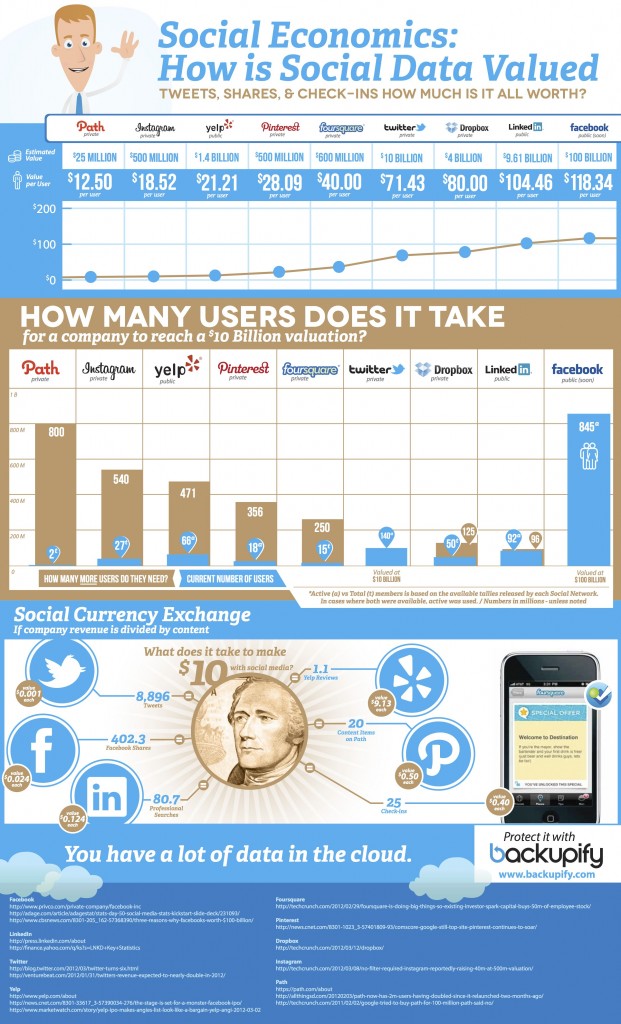