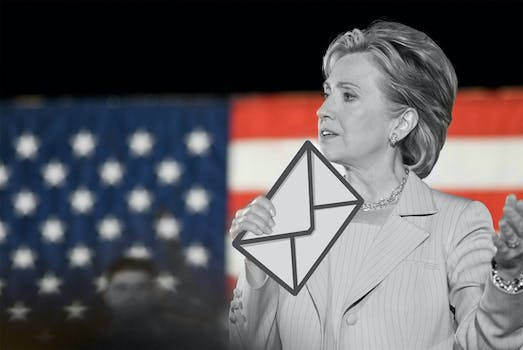 Photo via kakissel/Flickr (CC BY 2.0) | Remix by Fernando Alfonso III

Did she know about this internal issue?

The Hillary Clinton email controversy may be more incompetence than malice, but the incompetence keeps piling up all the same. A new State Department report casts serious doubt on one of Clinton’s main defenses for her actions.

Clinton, who is likely to announce within weeks that she is running for president in 2016, is in the middle of a public-relations mess after it emerged that she did not follow the proper procedures for sending and receiving email while serving as secretary of state. She used a personal email address and did not back up messages as required by the Federal Records Act. She even operated a private email server at her New York home, making it uniquely difficult for anyone to use a court order to obtain records stored there.

In defending herself to the press, Clinton has repeatedly stressed that, because she only interacted with fellow government employees using their official .gov email addresses, their email accounts would automatically archive copies of any interactions with her.

But according to a report released Wednesday by the State Department Inspector General, that argument is not as solid as Clinton would like us to think.

Contrary to the rules governing the archiving of official communications, State Department employees have been archiving only a tiny fraction of the emails they send and receive.

Given these findings, it is highly unlikely that all of Clinton’s communications with fellow State Department employees were preserved in those employees’ accounts.

In announcing the dramatic underuse of the archival system, the Inspector General blamed “an absence of centralized oversight; a lack of understanding and knowledge of record-keeping requirements; a reluctance to use record email because of possible consequences; a lack of understanding of [email-archiving] features; and impediments in the software that prevent easy use.”

The report contained several findings that would surprise casual observers of government IT operations. For example, the various bureaus and offices within the State Department “vary widely in their use of record email,” and there is no “centralized oversight” of how these bureaus preserve their employees’ emails.

More troubling still is the fact that State Department workers apparently have not even accepted the necessity of archiving their messages. Their personal concerns may be overriding their sense of responsibility.

“Some employees do not create record emails,” the report said, “because they do not want to make the email available in searches or fear that this availability would inhibit debate about pending decisions.”