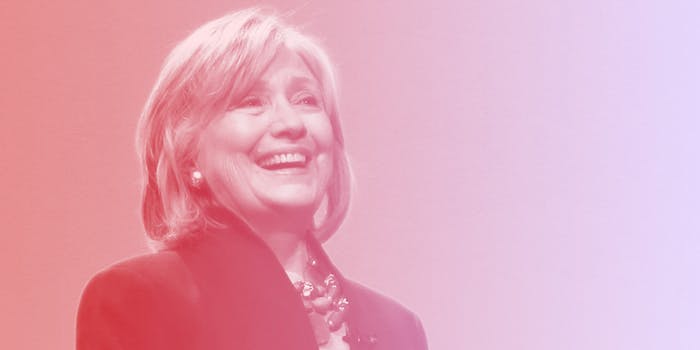 What is she really good at, though?

As we’ve learned, it’s really fun to troll people on LinkedIn. You can endorse people for all sorts of things like “glitter tattoos” and “candy.” And now that Hillary Clinton, potential next president of the United States, has joined the little-known social network, it’s only fair that we give her some ringing endorsements.

Clinton is a wife, mom, grandma, former senator, former Secretary of State, and presidential candidate. But what else is she good at it? We decided to imagine what her colleagues in the senate, the White House, the State Department, and people she’s met through her world travels might say are her standout skills. 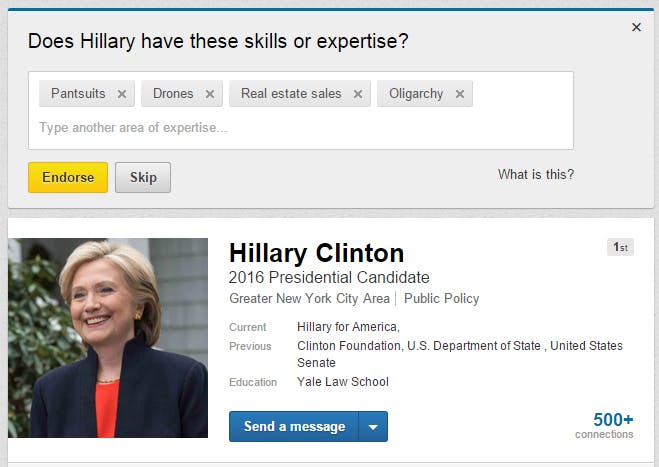 We can all agree that Hillary is the pantsuit queen. This is neither sexist nor misogynist but an empirical fact. Though some speculate she might ditch the pantsuit in the near future, she’ll always reign supreme.

As Secretary of State, she surely got in on the drone game. Not that we’ve been reading classified documents or anything. 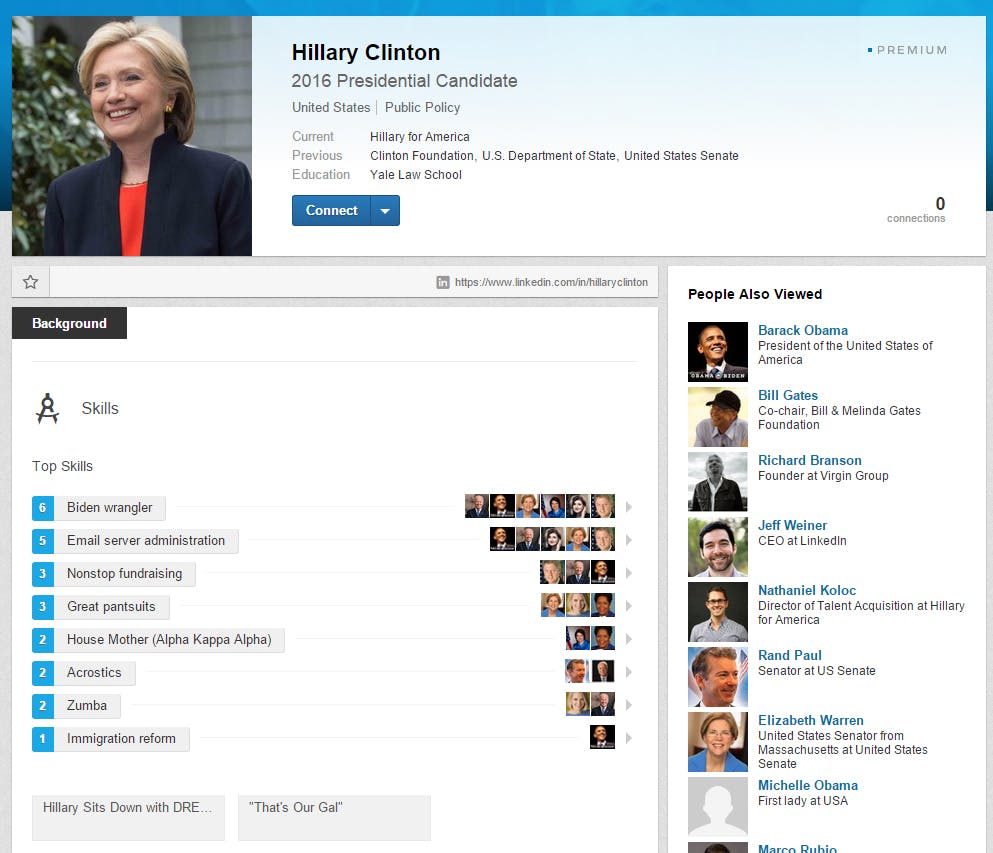 Did you know she’s also great at wrangling gaffe king Joe Biden? Neither did we, but it feels right.

And perhaps these endorsements, when read as an acrostic poem, might explain some things (hint: it’s in Libya).

While her email skills leave much to be desired, there’s no denying that she’s got a whole lot of control over her correspondence.

We wish Clinton the best of luck with her campaign, and would love to attend a Zumba class any time.