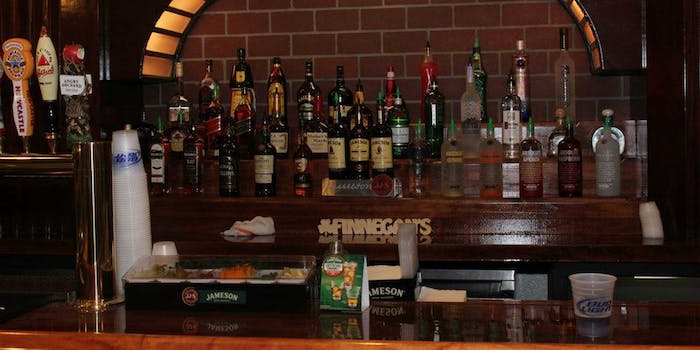 In a time when more and more businesses are turning to Facebook to try to bring more customers in, one bar is doing the opposite.

In a time when more and more businesses are turning to Facebook to try to bring more customers in, one bar in Stockton, Calif., is using it to keep people out.

Finnegan’s Irish Pub and Grill has begun using the social network to screen potential troublemakers from setting foot in the establishment. After 9pm every night, only Facebook friends are allowed to come in.

Owner Tony Mannor told ABC News that his decision to use Facebook as a guest list stemmed from the high crime rate in the city.

“There was a restaurant that was a block down that was notorious for fights and, recently, a minor got shot and survived, but that was the last straw, and the landlord couldn’t take it anymore, so they were evicted,” he said.

To be added to the guest list, potential patrons first have to friend Finnegan’s on Facebook by going to 209guestlist.com. Mannor then screens the would-be clients to ensure that they aren’t gang members. Once approved—it takes between two to three weeks to be given the green light—they are added to a list. According to the Finnegan’s owner, the current guest book has over 7,000 names.

The bar originally reserved this strategy for Fridays, what Mannor calls “the worst night for fights.” Noticing the success, he soon started using it for every day of the week.

“It’s sort of a reservation system. We just have preset spots for the people that come in and support us all the time,” Mannor told local news affiliate MyDesert.

In addition to keeping bad seeds out, the bar owner says, the list is also a good way to truly get to know his clients.

“We are trying to build a community where everyone knows everyone’s name and, in Stockton, which is a medium-sized town, I can walk around and recognize people and they can recognize me.”

The bar owner claims that he’s requiring that every staff member learn every name on the list.

In other words, he’s trying to recreate Cheers by using social media tools.