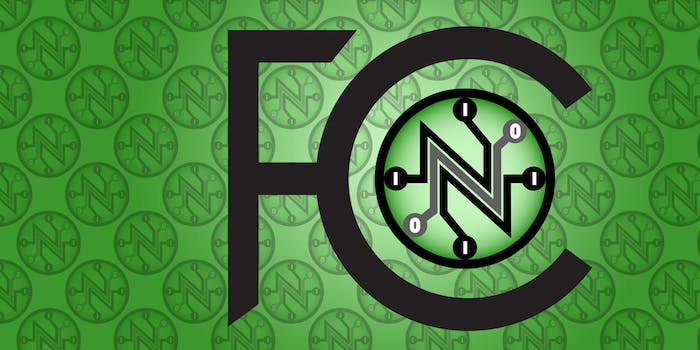 If enacted, this plan would be a win for the entire Internet.

FCC Chairman Tom Wheeler on Wednesday revealed his plan to protect the principle of net neutrality by treating the Internet like a public utility akin to water and electricity.

In an op-ed published on Wired, Wheeler wrote, “I am proposing that the FCC use its Title II authority to implement and enforce open Internet protections.”

“Using this authority,” Wheeler continued, “I am submitting to my colleagues the strongest open internet protections ever proposed by the FCC. These enforceable, bright-line rules will ban paid prioritization, and the blocking and throttling of lawful content and services.”

These “bright-line rules” would apply to both traditional and mobile broadband services from companies like Comcast, Time Warner, Verizon, and AT&T.

Wheeler’s plan, unveiled in advance of the FCC’s Feb. 26 vote on net neutrality regulations, would classify the Internet as a utility. Using this definition under Title II of the Communications Act of 1934, the FCC could prohibit Internet service providers from managing their networks in ways that contradicted the equal-transmission principles of net neutrality.

Wheeler’s op-ed cited two major examples of ISP behavior that are likely to fall under FCC scrutiny: paid prioritization, in which Comcast could charge Netflix a premium to transmit steady HD video to customers; and service discrimination, in which ISPs could block or degrade access to services like Skype and Google Voice that compete with their own paid offerings.

In fact, the Netflix paid-prioritization example is not merely theoretical. The company has been an ardent supporter of net neutrality, as it has been forced to make deals with ISPs, like a 2014 interconnection agreement with Comcast, to ensure that its content streams reliably.

The FCC plan’s reliance on Title II is a major win for open Internet supporters who worried that the agency would opt for a more conservative approach. Such an approach would have relied on Section 706 of the Telecommunications Act of 1996, which gives the FCC other authorities—like oversight of broadband deployment—but does not empower the FCC as directly in the realm of network management.

“Originally,” Wheeler wrote, “I believed that the FCC could assure internet openness through a determination of ‘commercial reasonableness’ under Section 706 of the Telecommunications Act of 1996. While a recent court decision seemed to draw a roadmap for using this approach, I became concerned that this relatively new concept might, down the road, be interpreted to mean what is reasonable for commercial interests, not consumers.”

Wheeler, a former cable industry lobbyist, was initially lukewarm on the idea of strong net neutrality regulations like Title II, but he seemed to change his tune after President Obama called for such an approach.

The White House approached news of the chairman’s plan with caution to avoid interfering with the decision-making of the FCC, which is an independent agency.

White House Press Secretary Josh Earnest told reporters on Wednesday that the administration was “encouraged” that Wheeler’s plan “is heading in the same direction” as Obama’s approach, but he declined to comment further on Wheeler’s proposal “out of respect for the independent process.”

Under Wheeler’s plan, the FCC would not simply adopt Title II as it currently stands. Instead, the agency would use a principle called “forbearance” to declare, in the words of Public Knowledge, that “some pieces of Title II should not apply to broadband.”

Forbearance, Wheeler wrote, would let the agency “modernize Title II, tailoring it for the 21st century, in order to provide returns necessary to construct competitive networks. There will be no rate regulation, no tariffs, no last-mile unbundling.”

“Over the last 21 years,” he continued, “the wireless industry has invested almost $300 billion under similar rules, proving that modernized Title II regulation can encourage investment and competition.”

#OpenInternet is the greatest engine of free expression, innovation & opportunity the world has ever known. We must protect it now.

Net neutrality advocates were generally impressed with the plan Wheeler laid out in his op-ed, though they pointed out that the exact language of whatever rules the FCC adopted would be the key factor to watch.

“We must remain vigilant to ensure that the details are right, but the FCC’s announcement that they are officially moving toward Title II based net neutrality rules is a historic, massive, and unprecedented victory for grassroots activists and Internet users,” said Evan Greer, campaign manager at Fight For the Future. “Today we proved that [the campaign to defeat the Stop Online Piracy Act] was not a fluke. The Internet came together and we are on the brink of defeating one of the best funded and most sophisticated lobbying operations in history.”

“Chairman Wheeler’s announcement today is the culmination of a decade of dedicated grassroots organizing and advocacy,” Wood said in a statement. “We’re now one step closer to restoring real public interest protections to our nation’s communications policies.”

“If the full FCC adopts the chairman’s proposal, and it’s free of any last-minute surprises, then everyone’s right to communicate freely online will be secured,” Wood continued. “We commend Chairman Wheeler’s actions and his willingness to listen to the facts in the face of a fiercely dishonest industry lobbying effort.”

To the activists who have spent years pushing the FCC to adopt strong net neutrality protections, Greer said, “Keep the pressure on until February 26th, but grab yourself a drink today, you deserve it.”

Meanwhile, congressional Republicans, who now control both the Senate and the House, are working on their own net neutrality legislation in an attempt to head off new FCC rules. Their bill, announced on Jan. 16, contained vague definitions and exemptions that alarmed open Internet advocates and renewed the focus on regulatory action.

The FCC will vote on the draft regulations of Wheeler’s plan during the February 2015 Open Commission Meeting on Thursday, Feb. 26.

Update 11:31am CT, Feb. 4: Added comments from Free Press and Fight for the Future.