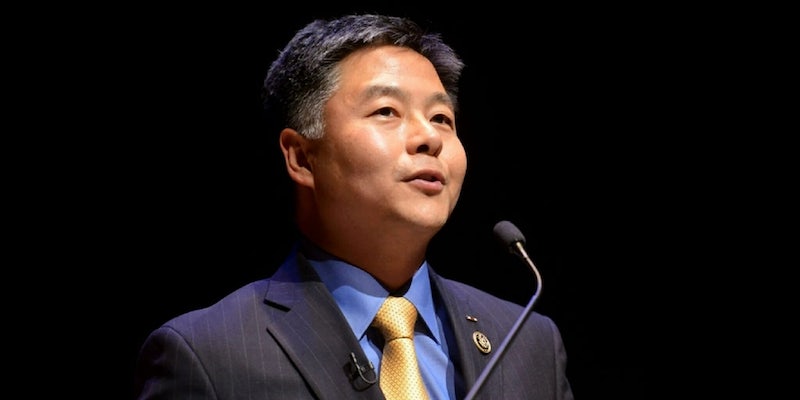 Why the tide is turning in Washington’s big encryption debate

'The FBI is pretty much focused solely on one issue, which is law enforcement.'

The momentum in the fight over encryption is shifting in Washington, and privacy may be winning.

Days after tech industry leaders, civil-liberties groups, and pro-privacy hackers launched a petition asking President Barack Obama to publicly affirm his support for strong encryption in the face of pressure from law enforcement, some of the most outspoken privacy advocates in Congress have added their voice.

Speaking to the Hill, Rep. Ted Lieu (D-Calif.) said that no matter what the FBI says, the encryption debate is more complicated than just the agency’s single point of view.

“What continues to strike me is a lot of law enforcement’s lack of self-recognition of how much overreach they’ve engaged in,” Lieu said. “A lack of self-reflection. At NSA, you’d think that, with various attempts in Congress to completely shut down the Patriot Act, that the NSA might show some sort of humbleness—say, ‘Ok maybe we want to work with you and stop overreaching.’ But they haven’t done that.”

For the past two years, FBI Director James Comey has pushed lawmakers in the U.S. and around the world to consider making new laws that require encryption products to have ways for law enforcement access data and communications.

Without these so-called “backdoors,” Comey argues that the FBI and U.S. intelligence agencies face the prospect of “going dark.”

Lieu, one of many voices on the pro-privacy side of the debate, argued that intentionally adding a weakness to American computer products will make them less safe and American technology companies less competitive.

During that April hearing, hostility towards the FBI’s proposal was bipartisan. But the issue is far from settled, as there are other lawmakers of both parties that have offered support to law enforcement’s concerns.

The key public shift took place recently when leaked White House documents showed that the Obama administration is willing to reconsider its earlier internal support of the FBI’s stance and back strong encryption.

H/T The Hill | Photo via Ted Lieu/U.S. House of Representatives