After months of testing, Facebook is officially launching a new app—but you won’t find it in the U.S.

Facebook Lite, developed for Android devices, is a stripped-down version of the social network designed to run on the lower-end phones found in the developing world.

Facebook has more than a billion users, but many of those people lack high-end phones and consistent connections. Facebook Lite uses significantly less data than the normal app and works in all network conditions. The bare-bones version of the social network is just a 1MB download—it’s designed with quick and easy installs in mind.

The core of Facebook remains intact in Facebook Lite: the app offers access to the News Feed, status updates, photos, notifications, and other key features. Visually, it looks very similar to its full-featured counterpart. 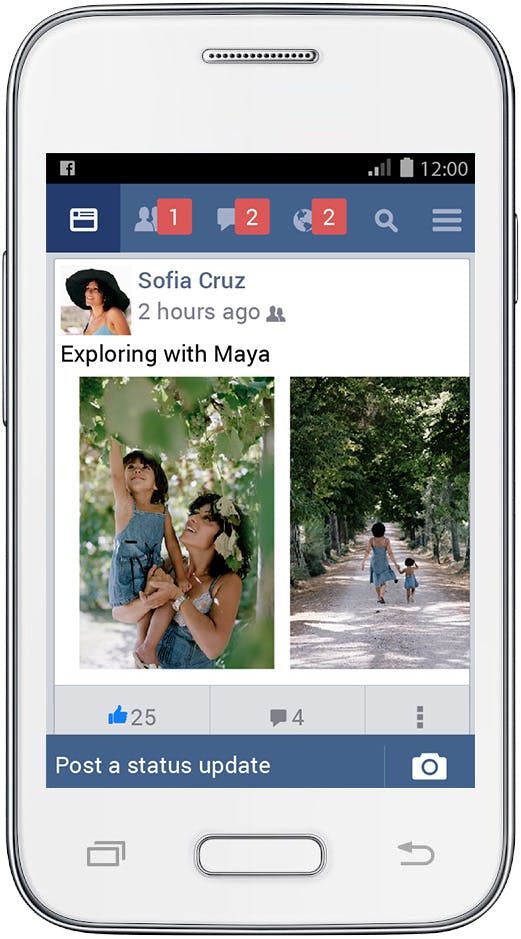 The International Telecommunications Union (ITU) has estimated that 3.2 billion people will be online by the end of 2015, the vast majority of them using slower connections than the 3G and 4G that are nearly ubiquitous in the U.S. The ITU found that while 95 percent of the world can access 2G, only 70 percent can connect to 3G. As these users arrive on the Web, Facebook wants to be there, holding the door open.

Following test runs earlier this year in Asia and Africa, Facebook has made its Lite app available to download through the Google Play Store in countries across Asia. Regions of Latin America, Africa, and Europe will be able to access the app in the coming weeks.

The launch of Facebook Lite fits into CEO Mark Zuckerberg’s broader plan to reach out to developing regions as they begin to flip the switch and connect to the Web. Zuckerberg has been helping to expand Internet access across the globe with his Internet.org initiative. The project has received backlash for the way it undermines net-neutrality principles, but that hasn’t stopped Internet.org from spreading Facebook to new places. The social network is now synonymous with “internet” in some parts of the world.