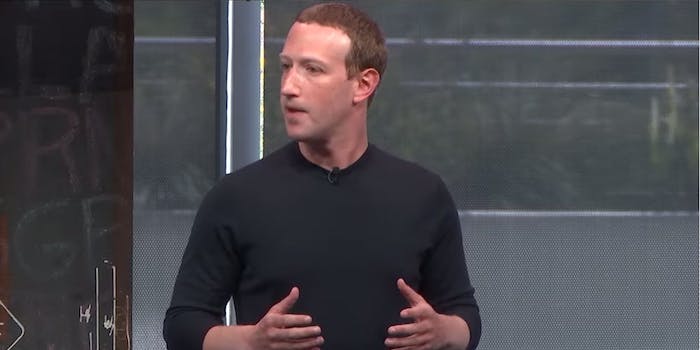 The social media company was hit with a $5 billion fine for numerous privacy scandals.

On Wednesday, Facebook was hit with a $5 billion dollar fine from the Federal Trade Commission (FTC) following a major investigation into privacy issues such as the Cambridge Analytica scandal.

The multi-billion-dollar penalty, the largest ever given to a tech company, was part of a settlement that also placed new restrictions on Facebook in terms of how it handles user data. The FTC approved the settlement earlier this month.

Facebook’s reaction to the ruling is more than conciliatory. In a blog post following the announcement, Facebook responded to the settlement in typical corporate fashion and put its own positive spin on the decision. “After months of negotiations, we’ve reached an agreement with the Federal Trade Commission that provides a comprehensive new framework for protecting people’s privacy and the information they give us,” the company wrote.

Facebook CEO Mark Zuckerberg addressed the issue at a company-wide event, calling the settlement a “new chapter” for the social media behemoth.

“Privacy is more central than ever to our vision for the future and we’re going to change the way that we operate across the whole company,” Zuckerberg said.

The new guidelines will force Facebook to not only conduct a privacy review of every service it creates going forward but to have those reviews analyzed by a third-party. The company will also be required to obtain certifications from any apps or vendors seeking user data that outline how that data will be used.

The FTC also took issue with Facebook’s face-tagging feature. After it was discovered that Facebook was suggesting to users that its facial recognition tools were off by default, the tech company must now obtain consent from users before deploying the technology in new ways.

“The accountability required by this agreement surpasses current U.S. law and we hope will be a model for the industry,” Facebook added. “It introduces more stringent processes to identify privacy risks, more documentation of those risks, and more sweeping measures to ensure that we meet these new requirements.”

The news comes as tech companies are facing increased scrutiny over how they handle user privacy. Although Facebook was hit with a major fine, many politicians say the settlement doesn’t go far enough given Facebook’s history.