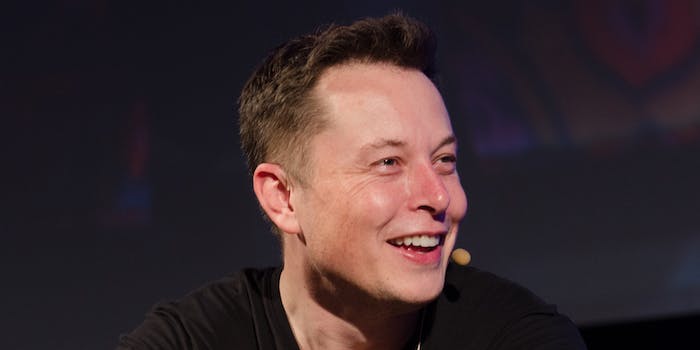 A new frontier for high-speed travel.

Hyperloop, the environmentally friendly high-speed train that could one day change the way we travel, and brainchild of SpaceX founder and Tesla Motors CEO Elon Musk, will likely be tested in Texas.

Musk announced brief plans with a tweet on Thursday.

Will be building a Hyperloop test track for companies and student teams to test out their pods. Most likely in Texas.

The modern day Tony Stark says the Hyperloop testing track will be made available for companies and students to test their “pods,” or the vehicles of transportation that make up the Hyperloop.

Already, enthusiastic scientists and students are working on a making Musk’s plans a reality through a project born out of JumpStartFund. In December, plans from the team made up of engineers from around the country, including some from SpaceX, revealed early project ideas for the train that moves up to 800 miles per hour to transport people across the country.

It’s unclear if Musk is referencing students at UCLA’s Suprastudio, which is helping build plans through a partnership with JumpStartFund.

Musk also said that he wants to have pod race competitions among the students, similar to the automotive competitions SAE International has hosted since 1979.

There’s still a long way to go before passengers will get to experience the speed and power of the Hyperloop. But Musk’s plans are exciting to those of us who are anxiously awaiting a new form of high-speed travel—and we might soon be looking to Texas to test out that future.