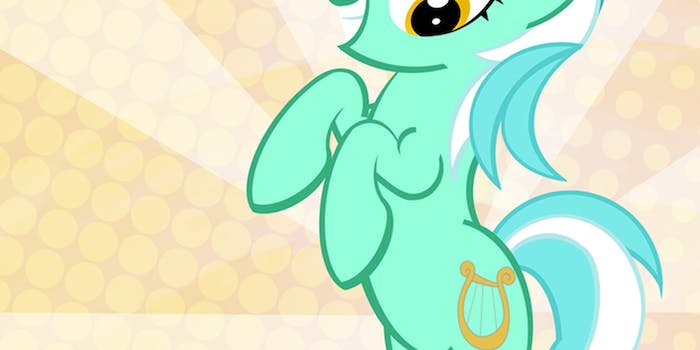 Going undercover just isn’t what it used to be. The deep angst and personal crisis driven by having to assume another identity, the pervasive lying, and the ever-present dread of being discovered—these are things of the past.

For almost a year, a group of young hoodlums terrorized a neighborhood in Brooklyn. They started with petty crimes, but eventually worked their way up to violent burglaries and sexual assault.

Police suspected the Brower Boys gang was behind the crime spree, but they didn’t have evidence. So one officer went undercover—without ever leaving his computer. He friended them on Facebook.

If trolls can hide behind the anonymity of the Internet to spew hatred, then the fuzz can do it too to spread justice where it’s needed.

Do they still write dime novels? Because this exchange was right out of one:

One burglar, apparently, scolded the others for giving everything away on facebook, but the only reply he got was, “LOL.”

Commenting on the thread, NYPD Police Commissioner Ray Kelly said, “There was one person laughing out loud. That was police officer Michael Rodrigues.”

As we’ve covered bronies fairly extensively at the Daily Dot, I’ve seen a lot of people find out about them for the first time. At first, they’re usually nonplussed. Then, they usually assume it’s perverse, and I have to explain to them that no, according to the bronies themselves, it’s pure.

So when a sexually functional (anatomically correct?) My Little Pony plush toy was offered for sale on Dealer’s Den, I imagine that a lot of people rolled their eyes and said, “See, told ya.”

The creator of the doll said he was just making some money but also reveals that he thinks the brony community has gotten too popular, that it’s lost the fun and ironic spirit it had in its early day on 4chan. He sounds a bit like a teenager, whose friends have gotten popular and left him behind, lighting off a cherry bomb at their party just to remind them he exists. And I don’t say that critically; I’ve let off a cherry bomb or two in my life.

Even better was the community’s reaction. They got angry, but then they reappropriated the misappropriation, depicting all the other things you could do with the hollow plushie. And soon you had pony Lyra Heartstrings wearing herself as slippers.

In case anyone is looking for a birthday present for me, I cannot think of anything I would like more than slippers that look like a plushie version of myself.

LulzSec is back and they have 3 TB of data. Or so someone claims.

LulzSec is an anti-security offshoot of Anonymous. After some highly publicized attacks against the FBI, CIA, and various private security forces, the loose organization imploded in March with the revelation that its presumed leader was actually an FBI informant.

A new video proclaims their return, however, and promises revelations from the secure files of the FBI, Syrian government, U.S. Department of Defense, and the Colombian prison system. Various Anonymous channels have been joyfully tweeting the return.

But there is some skepticism. In a comment on the Daily Dot’s website, Encyclopedia Dramatica wrote, “I will believe that it is really Lulzsec when they use their Twitter or http://lulzsecurity.org/. Until then they are just another group of copycat’s trying to leech off of Lulzsec’s fame.”

Our writer, Lorraine Murphy, responded, “[I]n the 21st Century, in a hive mind environment, is that necessarily invalid?”

On the Internet, identity is something you can slip in and out of as easily as a warm bath. You are LulzSec or Anonymous if you say you are.

Or, imagine the long, drawn-out sequences in movies about undercover cops or agents. The cop is trained, he gets the clothes, the haircut, learns the lingo, adopts a new history and name. He shows up and is greeted with suspicion. He’s tested, almost discovered. Eventually, an opportunity presents itself to prove himself. He does something he never would have done in his other life. He’s earned his enemy’s trust, but at what cost? Who is he now?

Now compare that to what Officer Rodrigues presumably went through to join the Brower Boys. He selected a cover photo for his timeline and clicked “friend.”

And yet, there’s something about any identity, no matter how temporary, that clings.

Hoppip, the creator of the anatomically unique My Little Pony, did it because he feels alienated from the community of bronies. They’re not what they used to be and that makes him angry. And bear in mind, he is, like everyone else, using an alias.

Similarly, the people who were angered by his invention were angry because Hoppip’s toy suggested that their interest in bronies was sexual. In other words, the sexually functional plushie is not a victimless crime. PixelKitties, who created the slipper fanart mentioned above, was angry because her identity was being interrupted and redefined for her.

Similarly, Encyclopedia Dramatica wants there to be something official, constant, or objective defining who is really LulzSec.

It’s easy to think that identity online is something that is as easily removed as aHalloween costume, as it was for Michael Rodrigues. But I think that is the exception rather than the rule. The communities we create, no matter how anonymous, sneak up on us and define us. Try as we might to leave them behind or to distance ourselves from them, there will always be some part of them that lingers.