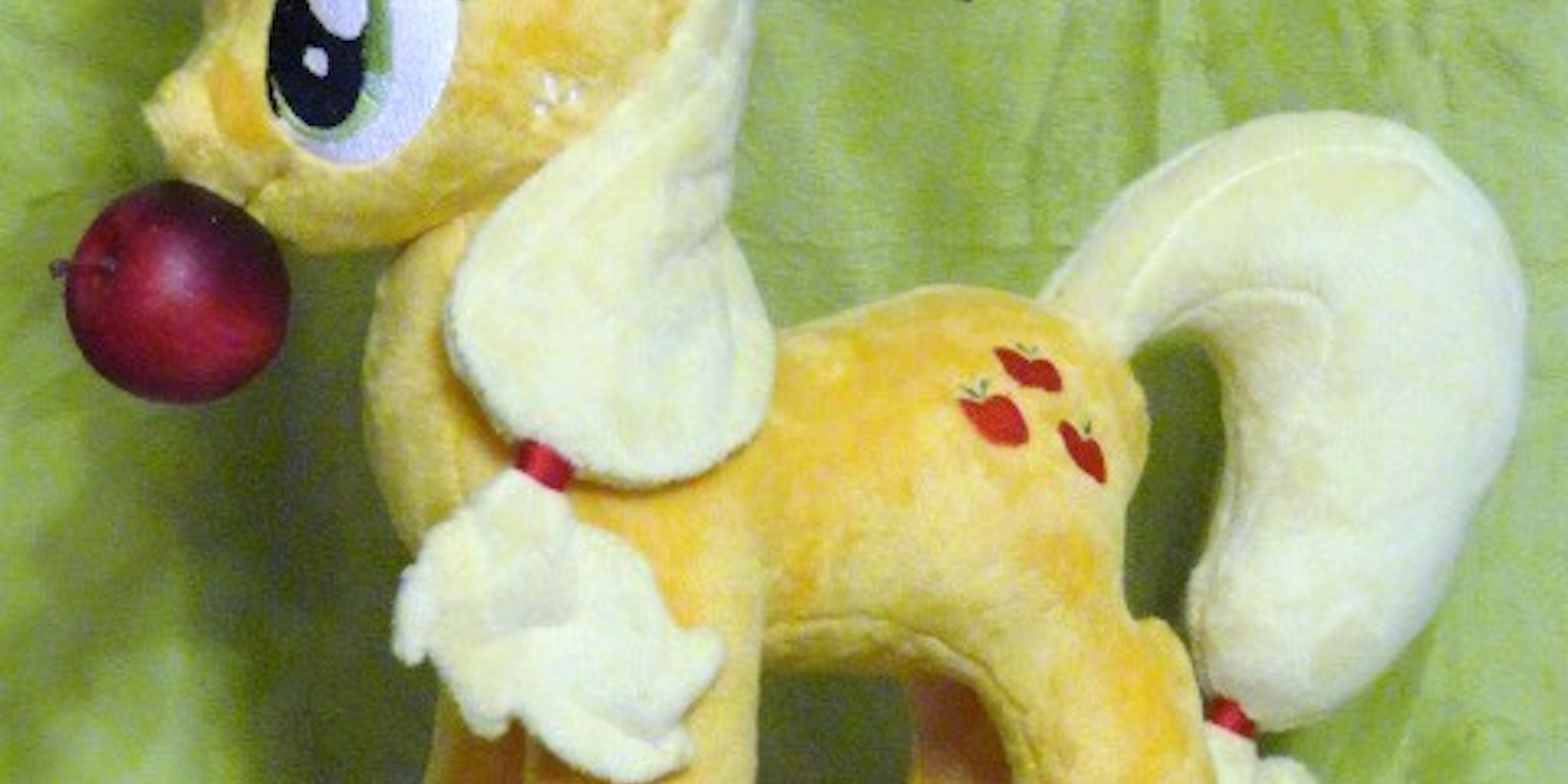 Also known as WhiteDove, the artist creates high-quality interpretations of the Hasbro characters that regularly sell for ridiculously high prices in eBay auctions.

And Bourlon’s customers aren’t just ordinary bronies. Even the show’s creator, Lauren Faust, bought a custom pony for herself.

Faust’s seeming approval, however, wasn’t enough to save Bourlon from Hasbro’s lawyers. On Tuesday, DeviantArt notified the artist that they’d received a cease-and-desist notice directed at her, and that she’d need to take down information on her page about selling plushes.

In a comment, Bourlon told fans she suspects she was reported to Hasbro by another person.

“I understand about the law,” she wrote. “I just don’t understand why some people have to be so hateful about it. There was no need for this person to note other people on DA. I want it to die, but he keeps it going. I am going to bed now and will decide in the morning if this is worth staying DA. Maybe I will just go back to making regalia.”

By regalia, Bourlon means her intricate Native American ceremonial clothing. Bourlon has been sewing detailed items for 30 years, an expertise that shows in her true-to-TV plushes.

Bourlon declined to an interview request from the Daily Dot, stating that she doesn’t think attention will help her case. She also subsequently deleted her DeviantArt blog post about the cease and desist.

However, Bourlon’s fans think otherwise. On Bronies Forever, a Facebook community page with 45,000 members, fans pointed this out that, while Hasbro has sent her the notice, the company does not manufacture plush pony toys and has no competing products.

“Come on, Hasbro,” Nate Dowd wrote. “This is such a load of crap. You appear to have no intention of producing [Friendship is Magic] plushies, especially such high-end ones. So why bother punishing someone when they’re not even taking potential money out of your pocket?”

Fans said they realize the company has a duty to protect its intellectual property, but some thought Hasbro would be better off hiring Bourlon to help it start a line of official plush toys.

“Hasbro should just hire these amazing plushie makers and earn money on this, instead of breeding misery,” Jeanette Hansen wrote.

“I’m writing to Hasbro to suggest they hire WhiteDove on as a freelance artist,”  Christin Deville added. “I think it wouldn’t be a bad idea if we all got together and did this.”

That friendship would indeed be magical.

Photo via Sherry Bourlon on DeviantArt