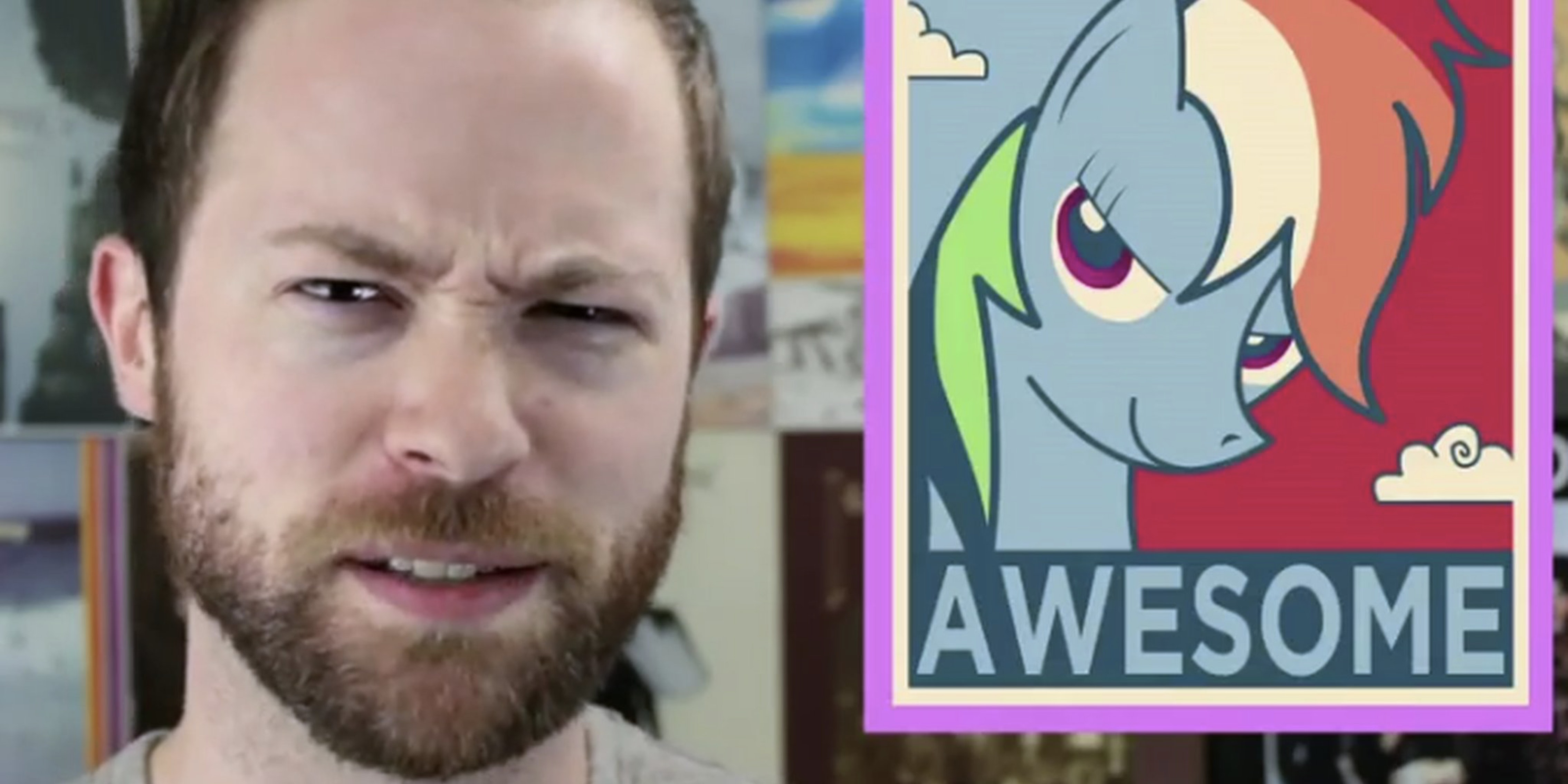 PBS asks: “Are Bronies Changing the Definition of Masculinity?”

The answer isn't nearly as simple as PBS makes it out to be.

PBS is quickly making a name for itself as the go-to channel for Internet culture primers. Last week, PBS Offbook tackled Reddit using our very own Kevin Morris as a source. This week, PBS’s Idea Channel delved into the friendly, pastel world of bronies.

“Are Bronies Changing the Definition of Masculinity?” may end with a question mark, but even before viewers finish watching this flattering portrayal, the answer is a resounding yes. It’s no wonder that bronies on Equestria Daily, brony fandom’s largest news source, are more than pleased with the video.

“Yes! This is one reason I love this community! We bronies are making people more tolerant to people’s unique interests!” Nolan Hartmann commented.

But is this five-minute video too quick to concede that bronies are gender heroes? In some ways, some bronies have simply forced their masculinity onto a show for little girls.

For example, when some people were offended by clumsy (and sometimes characterized as “retarded”) fan character Derpy Hooves and she was subsequently written out of the show, some fans turned to harassment to express their dismay. In another situation, some bronies attacked YouTube star Neil Cicierega after he quietly suggested bronies should stop “letting rape jokes… slide.”

“I hold the radical opinion that you should not let your friends, or peers, be gross idiots, and by doing so I have CROSSED THE LINE,” Cicierega said.

Every fandom has its negative side, and observing these questionable acts of brony fandom in no way understates the good the fandom has done. In keeping with the show’s message of friendship and kindness, bronies have founded multiple charities, including Bronies for Good and the Humble Brony Bundle, both of which have raised thousands of dollars for organizations like Child’s Play. This is to say nothing of the wealth of fanart, fiction, and music bronies have created.

Like any large fandom, there are many facets to the bronies. There are certainly heroes, but there are also rough edges to work out before the fandom is ready to give itself a collective pat on the back. When parts of the fandom still defend offensive characters and rape jokes, it’s hard to say how much good bronies are doing to redefine an oppressive ideal of masculinity.

Check out the video, for sure, but be aware that nothing is as simple as it makes it out to be.