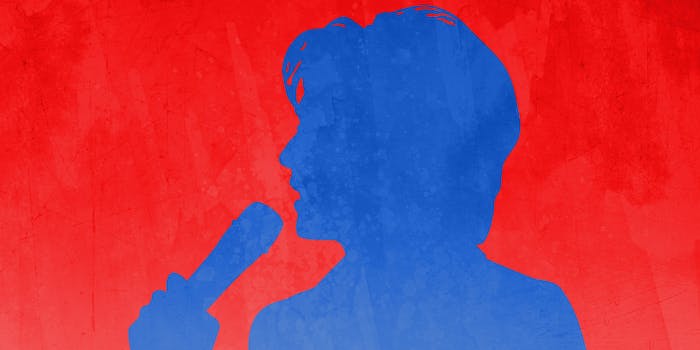 Hillary Clinton is the frontrunner for the Democratic presidential nomination in 2016, but she’s facing an unexpectedly strong challenge from a fringe candidate with massive appeal.

No, we’re not talking about Sen. Bernie Sanders (I-Vt.). The former secretary of state’s biggest threat is the independent candidate Deez Nuts, aka 15-year-old Brady Olson, who has become an Internet sensation for two obvious reasons.

Search interest in #DeezNuts has surpassed @HillaryClinton on Google pic.twitter.com/jFtXFH1oFR

According to Google Trends data, Nuts tied with Clinton at approximately 6:52pm ET Wednesday and then overtook her. That was shortly after the survey firm Public Policy Polling released its latest report, in which Nuts took third place in North Carolina with 9 percent of respondents’ support.

Would you vote for DEEZ NUTS? My man Leon Harris sounds great saying it on @CNN @DC101http://t.co/KqJSPApkcp pic.twitter.com/7N2rtRxAgH

Public Policy Polling is known for its survey gags; during the 2012 presidential race, it asked Mississippi and Alabama voters if they thought that President Barack Obama was a Muslim. And its conspiracy–theory questions are legendary among poll-watchers. So it’s unsurprising that the firm would ask voters about Nuts.

Why did PPP include #DeezNuts in 3 state polls? "The name makes people laugh and it's a long election,'' its director tells me.