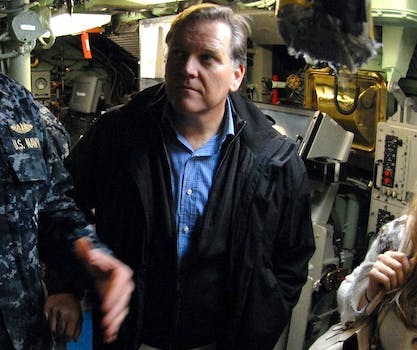 How the cybersecurity lobbying boom could help CISPA

A lot of that lobbying money went to support unpopular bills.

Lest you doubt we are entering the age of a cybersecurity industrial complex—and that such a system doesn’t necessarily have the average Internet user in mind—take look at the numbers.

According to a new study by the lobbying group Center for Responsive Politics, lobbying reports that referenced “cybersecurity” more than doubled last year. Mentions jumped from 990 in 2011 to 1,968 in 2012.

And where does that money go? In part, at least, to sponsor Internet bills that much of the public doesn’t want.

A different report by Maplight.org recently revealed that groups that lobby for the controversial Cyber Intelligence Security Protection Act (CISPA) give far more money to members of Congress than those who oppose it.

That study found that from July 2010 to June 2012, groups that openly support CISPA—like Internet service providers, the Chamber of Commerce, and IBM—gave members of the House of Representatives members $55 million.

During that same period, CISPA’s opponents have given just $4 million to House members.

CISPA is designed to help America fight against cyber attacks, and mostly accomplishes that through “information sharing”—making it easy for companies and the government to share what they know. But Internet advocates say that means those companies would therefore be able to share your personal information with the government, bypassing existing privacy laws.

While public opposition against CISPA still pales in comparison to the backlash against the Stop Online Piracy Act (SOPA) in 2012, it’s been steadily growing. In March, more than a 100,000 Americans signed an anti-CISPA White House petition. And it’s been one of the few issues to trigger the Internet Defense League—a loose coalition of websites with activist tendencies, like Craigslist—to post anti-CISPA messages on their sites.

CISPA did pass the House once before, in April 2012, but that was before many mainstream sites like Reddit announced formal opposition. The bill was never picked up in the Senate.

Mike Rogers (R-Mich.), CISPA’s sponsor, has been pushing for such a bill for years, and has repeatedly insisted this will be the year it becomes law.

The 2013 version of the bill—which is mostly the same as the previous one, though slightly amended—is expected to go before a vote next week.

CORRECTION: An earlier version of this story reflected a Maplight study that claimed the ACLU and EFF are among the groups that financially funded CISPA opposition. They do not, though both groups are vocal critics of the bill.

Photo of Rogers via Wikimedia Commons