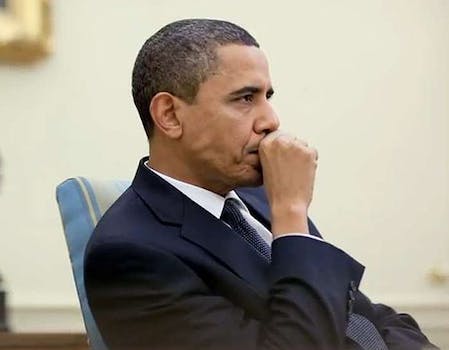 Petition will force Obama to take a stand on CISPA

While the Obama administration’s We The People  petitions don't guarantee any action, they do automatically merit an official response. And President Obama has been mum on the controversial CISPA—which he once promised to veto—for almost a year now.

One hundred thousand Americans have now pledged their opposition to the Cyber Intelligence Security Protection Act (CISPA) in a petition to the White House.

While the Obama administration’s We The People  petitions don’t guarantee any action, they do automatically merit an official response. And President Obama has been mum on the controversial CISPA—which he once promised to veto—for almost a year now.

Now he’s going to have to speak up.

Privacy advocates viciously oppose CISPA, as it would allow Web companies to sometimes bypass privacy laws and share your personal info with the federal government. Back when it was first introduced to Congress in 2012, the White House was unequivocal that CISPA’s privacy issues were bad enough that President Obama would never sign it.

But that was a year ago, and things have changed.

A short list of developments since the White House veto promise: CISPA failed in 2012, then was reintroduced in February 2013. Obama’s cybersecurity coordinator, Howard Schmidt, believed to have heavily influenced the President’s anti-CISPA stance, abruptly retired. Obama has issued an executive order that reflects his own idea of cybersecurity—which contains some of CISPA’s provisions.

And cybersecurity has become a much hotter topic in Washington, especially since as a major report concluded that the Chinese army is responsible for repeated attacks on U.S. networks.

All the while, CISPA author Mike Rogers (R-Mich.) has insisted that Obama will change his mind.

A White House representative told the Daily Dot that Obama’s advisors wouldn’t reiterate a stance on CISPA unless it passed the House and stood before the Senate. She did, however, stress the position that cybersecurity laws should involve making it easier for companies to share information with the federal government, but that “they must include proper privacy and civil liberties protections.”

Of course, CISPA’s sponsors also think their bill has plenty of privacy protections already—much to the frustration of privacy advocates.