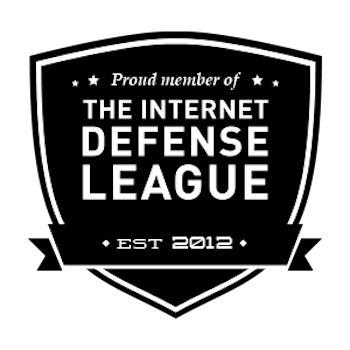 Thousands of sites that make up the IDLare raising awareness about the controversial Cyber Intelligence Security Protection Act.

Thousands of websites, including Reddit and Craigslist, just changed their code to make sure you know your privacy is at stake.

The Internet Defense League is on the job.

The IDL is a coalition of Internet freedom activists, best known for going on strike in 2012 to protest the Stop Online Piracy Act (SOPA). On Tuesday, the IDL sent out a digital SOS about the Cyber Intelligence Security Protection Act (CISPA).

Thousands of sites that make up the IDL are finding ways to link to either the Electronic Frontier Foundation’s activism page or an IDL action site. Craigslist included “EFF” as a clickable option in its searches. Redditors who don’t use adblock will periodically see a square ad at the bottom of their screen. And thousands of smaller IDL members have added a particular code to their websites to create a CISPA protest banner.

CISPA is designed to fight attacks on U.S. networks from hackers—a threat that was bolstered in February when a report traced scores of attacks to a single, secretive Chinese army building. In theory, it would allow American companies that find themselves under attack to share information with the government, even though that might mean passing on users’ personal information that’s otherwise protected by privacy laws.

In April 2012, CISPA handily passed the House of Representatives, despite moderate opposition from Internet activists. It was never picked up in the Senate, though. CISPA’s sponsors reintroduced the bill, with very few changes, in February.

It’s possible that the bill could stall in the Senate again, or that President Obama would veto it, but the IDL isn’t taking that chance. Instead, it’s pushing the same tactics that overturned SOPA in early 2012: getting mass attention, then organizing as many phone calls as possible to members of Congress.

It might be a familiar bill, but the environment surrounding it is far different than this time last year. For one thing, cybersecurity is a far hotter topic in Washington. Not only because of the aforementioned report on Chinese hacking, but because both the Senate and Obama have struggled with their own ways to address foreign hacks.

CISPA opposition is much stronger this year. Reddit didn’t take a stand until after it passed the House last year. Facebook, which initially backed CISPA, seems to have revoked its support. And it took only a month this year for 100,000 Americans to sign a petition against the bill.

“The Internet is good at fighting for itself and the rights of every user,” Cheng said. “We’ve been able to tailor our responses to the unique threats and opportunities to free expression and rights online, and we keep winning.”