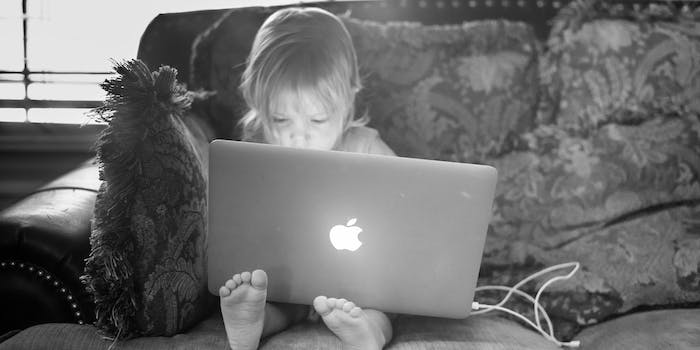 The battle for computer science’s future in the classroom

Revamped No Child Left Behind bill could finally give computer science a level playing field.

A collection of companies and organizations have signed off on a letter to the Senate and House of Representatives urging both to promote computer science in a pair of bills.

Code.org, a nonprofit organization with the aim of making computer science more accessible in schools, penned the note to advocate for legislators to leave in recent revisions that include mention of computer science as a “core academic subject” to the Every Child Achieves Act (S 1177) and the Student Success Act (HR 5).

The bills are part of the Elementary and Secondary Education Act (ESEA), otherwise known as No Child Left Behind. The Senate successfully passed an overhauled version of the law with bipartisan support. The House has passed a competing version, and the legislative bodies are in the process crafting a compromise.

Computer science has been added to the most recent revision of the bills. But as the details of the reauthorized act are discussed, computer science could potentially be stripped from the text.

For Code.org and other STEM advocates—including letter cosigners Google, Facebook, the National Math and Science Initiative, and the National Center for Women and Information Technology, among others—that would be a step backward.

“Computer science isn’t explicitly cited in many federal—and state—education statutes.” she said. “That means that computer science faces a challenge other subjects don’t in winning their attention in the fight for resource allocation.”

Cronin explained that federal guidance is a starting point for local education systems, and getting computer science added to legislation will “give the subject the same chance as the other subjects in winning attention and resources.”

The push from Code.org doesn’t require nor guarantee any sort of access to computer science courses; state and local legislators will still choose how to allocate their resources. But without computer science explicitly included in the texts of the bills, it is less likely to even receive consideration for funding.

“Assuming that playing field is leveled for computer science as a result of this change, if administrators and local education leaders pay attention to what skills will best serve students in their academic and professional aspirations, or what skills employers of all sizes and in every industry need, we believe that computer science will make its way into more schools,” Cronin said.

Getting computer science equal opportunity on the federal level is just the first challenge for Code.org. From there the battle becomes increasingly difficult as it is localized.

Computer science counts as a math or science credit in just 27 states. At the district and school level, there is a massive disconnect between the demand for computer science from students and parents and the perceived need for it from school leaders.

In part due to the underestimations of school administrators and in part because of a lack of proper resources, nine out of 10 schools in the United States do not offer any sort of computer science course.

This is likely to become an additional sore spot in the country’s lagging education system; the United Kingdom, by contrast, introduced a computer science curriculum into its schools last year that will teach computer science starting in primary school and continue throughout their education careers.

There is some evidence to suggest teaching computer science can serve students beyond simply equipping them with coding skills. Researchers at Brigham Young University spent two days a week teaching Utah middle schoolers programming skills as part of an after-school program. The students in the courses achieved significantly improved math test scores after a few months.

Equipping kids with programming skills can also help point them in the direction of a computer science degree—something they might otherwise not pursue if starting from scratch once they reach college. A study conducted in 2014 by Google found students who took an advanced-placement computer science exam were 46 percent more likely to have interest in becoming a computer science major.

Pointing more kids in the direction of computer science would also benefit the work force, which has far more demand for programmers and coders than are currently being produced. According to the Bureau of Labor Statistics, by 2020 there will be one million more computing jobs than students in the field.

Cronin said Code.org hasn’t run into any outright opposition in its mission to expand access to computer science; the primary challenge is generating awareness.

“There may be disagreement about how best to [expand access to computer science],” she said, “but since none of the proposals that we and our partners support in the ESEA debate would cost any additional federal money, the changes we seek only run into trouble with those lawmakers who would like to significantly reduce or totally eliminate the federal government’s role in K-12 education.”

Code.org directed its letter to the chairmen and ranking members of the Health, Education, Labor and Pensions Committee and the Education and the Workforce Committee.

Neither Chairman Lamar Alexander nor Chairman John Kline could be reached for comment.