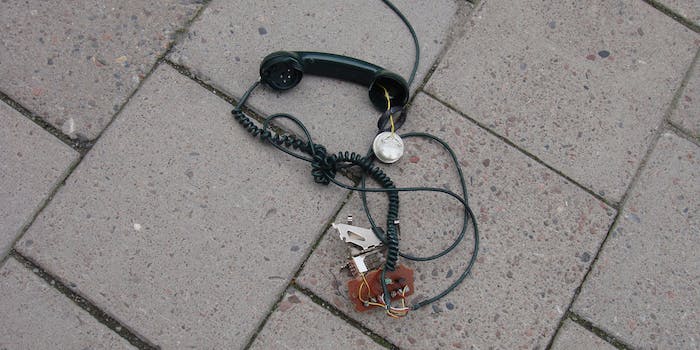 The DNC declined to comment on the Mother Jones report.

Immediately arousing images of the 1972 Watergate scandal, the Democratic National Committee has allegedly unearthed “evidence” of wiretapping at its Washington headquarters: a mysterious radio signal supposedly emanating near the office of interim party chairwoman Donna Brazile.

According to Mother Jones, which on Friday published an exclusive story about the suspected bugging, no electronic devices have been discovered by the Democrats. The FBI, however, has allegedly been informed.

The security sweep at DNC’s capitol headquarters was reportedly prompted by the malicious penetration of its email servers. Mother Jones reports:

In late October, after conservative activist James O’Keefe released a new set of hidden-camera videos targeting Democrats, interim party chairwoman Donna Brazile ordered up another sweep. There was a concern that Republican foes might have infiltrated the DNC offices, where volunteers were reporting to work on phone banks and other election activities. (For some of their actions, O’Keefe and his crew have used people posing as volunteers to gain access to Democratic outfits.)

Brazile was recently ousted as a CNN commentator and Democratic analyst after WikiLeaks released emails that appear to show her leaking debate questions to the Hillary Clinton presidential campaign.

In 2010, conservative activist James O’Keefe was arrested along with three other men while trying to wiretap the offices of former U.S. Sen. Mary Landrieu, a Democrat. In exchange for pleading guilty, his charges were reduced to a misdemeanor, for which he served three years of probation and paid a fine. O’Keefe received $10,000 last year from the Trump Foundation.

The Democrats were allegedly informed by the person who did the security sweep that the rogue signal might be used to “pick up calls from cell phones,” Mother Jones reported.

Neither the FBI nor the DNC responded to Daily Dot inquiries on Friday. Mother Jones cited DNC spokesman Adam Hodge saying the party would not comment “on stories about its security.” (As a matter of policy, the FBI typically does not comment while assessing whether to launch an investigation. )