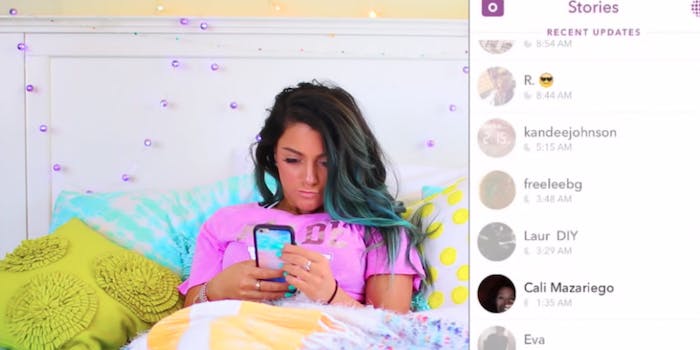 'Big tech has embraced a business model of addiction.'

A new bill is seeking to ban tech companies from using “addictive” features designed to keep users glued to their services.

Sponsored by Sen. Josh Hawley (R-Mo.), the bill, known as the Social Media Addiction Reduction Technology Act, would implement a ban on autoplay videos, the infinite scroll, and award-based features like Snapchat streaks.

As noted by the Verge, Hawley’s legislation, also referred to as the SMART Act, targets social media companies that rely on “psychological tricks” to entice users.

“Big tech has embraced a business model of addiction,” Hawley said, according to the Verge. “Too much of the ‘innovation’ in this space is designed not to create better products, but to capture more attention by using psychological tricks that make it difficult to look away.”

The bill also calls for changing the way tech companies ask users to opt into their services. If a user is asked to use a checkbox to accept or decline terms of service, both options must be the same size, format, and font to ensure that users are aware of the decisions they’re making.

The SMART Act’s introduction comes amid growing pushback against tech companies for their practices towards users.

The creator of the infinite scroll, Aza Raskin, said that his own creation wastes about 200,000 human lifetimes per day and “robs us of our free-will” at a South by Southwest in March.

“Behind every screen and all of your favorite apps, there are literally a hundred to a thousand engineers who are paid to make this thing so that you have the feeling of checking your phone either when you wake up or while you pee,” Raskin said at the time. “We’re sprinkling behavioral cocaine all over these interfaces.”

A former Twitter employee who helped design the retweet function recently stated that he regretted the decision and likened it to handing “a four-year-old a loaded weapon.”