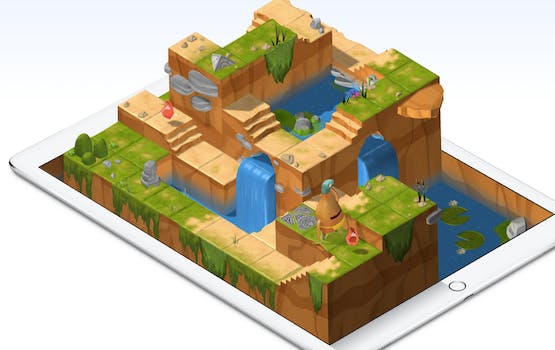 This free app will soon teach the basics of Swift.

“We believe coding should be a required language in all schools,” Cook said at Apple’s WWDC on Monday.

To that end, the company is launching Swift Playgrounds, a new app for the iPad that teaches kids to code in a simple, colorful way. Through Swift, the programming language Apple launched two years ago, kids can learn the fundamentals of coding, commanding playable characters to executing tasks.

Challenges get more advanced as the games progress, and Swift Playgrounds provides a preview of the content with graphics and a description of the steps you take as you progress through each challenge. The app will be available on iOS 10 in the fall.

The learn-to-code movement is sweeping across the U.S., largely due to the expected influx of jobs needed in computer science and other sciences, technology, and mathematics (STEM) fields in the coming years. There will be a huge need for technical jobs but a lack of talent to fill them.

According to the Bureau of Labor Statistics, 71 percent of available jobs in STEM industries are in computing, but just eight percent of STEM graduates have degrees in computer science; computing jobs are expected to grow at twice the rate of jobs in other areas.

Stepping up to fill the gap between the education systems and the workforce are companies, nonprofits, and government-sponsored educational programs that aim to bring computer science and coding courses to classrooms. Apple’s efforts include providing Swift Playgrounds for free on all iPads, a device that is popular with teachers and educators.

Perhaps the most widely recognized effort is that of Code.org, a nonprofit working to bring coding education to all levels of K-12 study. Backed by some of the biggest names in tech, including Google, Apple, Microsoft, and Facebook, the organization rallies classrooms across the country to learn to code through both paper and digital activities.

President Barack Obama participated in the organization’s Hour of Code in 2014, becoming the first sitting president to learn to code.

The learn-to-code movement is not without detractors. Coding jobs are just one part of the technology industry, and while it’s helpful to understand the building blocks of the apps and services we use every day, cultivating digital literacy is perhaps more important than being able to write and execute algorithms or build an app.

Of course, addressing the dearth of digital literacy or coding programs in the classroom by stopgapping the lack of programs with apps built by technology giants could have a ripple effect throughout educational institutions.

For Apple, the solution is obvious: Give kids and schools a free app to teach them Swift, and they will, in turn, build apps for Apple’s platform. It’s a win-win situation for all those involved.

At Monday’s WWDC keynote, the youngest audience member was 9 years old. And in introducing Swift Playgrounds, Cook said that he hopes “this gift to kids and schools around the world” helps to make coding a daily part of education programs so other youngsters can be introduced early to a world of apps and software.